Divorce After the Betrayal of a Partner: How to Tell Children and What to Do Next 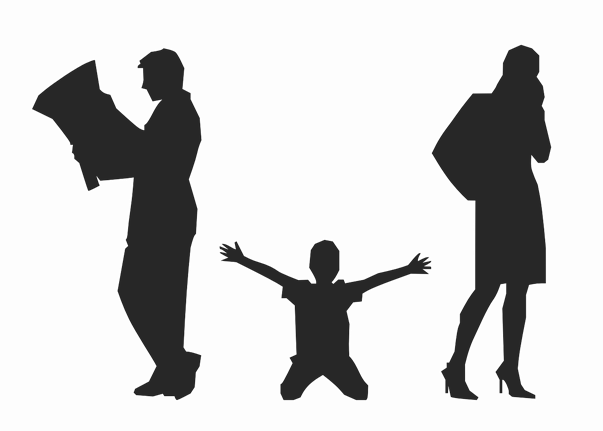 While engaged in an emotional affair, the spouse usually retracts emotional closeness from the marriage to give it to someone else. As a matter of fact, for women, rapid emotional distancing is a crucial signal of an emotional affair. The majority of people are unable to express the same amount of romantic passion to different individuals. However, if you ask people about their feelings about the wrongness of emotional cheating, the vast majority will agree that it is very hurtful.

According to one survey, 60 percent of individuals considered emotional affairs to be the same as cheating. Only 18 percent of those who took part in the survey disagreed. In general, people still believe that being faithful to one-person means being true to themselves, both physically and spiritually. This is especially true in the case of marital relationships. 40 percent more likely to be separated or divorced after getting cheated by their partner.

Divorce can be extremely painful even when the relationship is no longer good since it marks the loss of your partnership and the dreams and commitments that you shared with your significant other. Things start on a high note of enthusiasm and anticipation for the future when it comes to romantic relationships. When a relationship does not work out, we are filled with deep sadness, frustration, and despair.

When you have a breakup or divorce, you are thrust into uncharted territory. All of your routines and obligations, your house, your connections with extended family and friends, and even your identity have been thrown off balance by this event. Uncertainty about the future is another side effect of a divorce. What would your life be like if you didn’t have a partner? Will you find another person? Will you be alone? These unknowns may sometimes feel worse than being in an unpleasant relationship, making it difficult to cope.

Recovery after a divorce can be tough and time-consuming due to the pain, disruption, and uncertainty. Keep reminding yourself that you will get through this tough experience and that you will be able to move on with a fresh feeling of hope and optimism. In this guide, we will explain how to tell kids about divorce and not hate the other parent who was cheating.

How to tell kids about the divorce

Once upon a time, two thoughtful parents sat their preschooler down to inform him of their upcoming separation. It was done carefully and softly, but they explained to him that his parents were no longer living together and would now be living in separate places, but that he would still be seeing both of them on a regular basis.

They concluded by emphasizing the most crucial element: that both his mother and father still loved him, and they asked if he had any questions. The four-year-old was deafeningly quiet. “Who’s going to look after me?” he said after that.

It’s a short narrative, told by Joan B. Kelly, a California psychologist, mediator, and author, that gives a glimpse into the disparities in the experiences of adults and children going through a divorce. These parents had done all that was expected of them. They’d sought expert counsel and attempted to provide their kid with the necessary facts without overloading him with too much information. Despite this, they could not communicate this critical point, which may have been obvious to them but was not to him.

Adults see divorce for what it is: a complicated, multi-faceted circumstance. Early on, young infants have a tendency to see the world in concrete and self-centered ways. Understanding where your children are at in their development will help you in assisting them in adjusting to the realities of divorce. Below we have discussed how to tell your teenager you are separating.

The two-year-old and ten-year-old children react differently to the news of their parent’s separation. Here’s a guide on how to explain divorce to a child of any age.

How to tell 0-5 years old kids about divorce:

When Nicholas Benson and his wife, Lisa, divorced last autumn, their two children, Andrew, six, and Caitlyn, four, were already used to spending most of their time with their father since Mom’s profession required her to be away from home for more than a few days a month. It took Caitlyn time to adjust to Lisa’s decision to leave their home in Milton, Ont., since she had grown up in the house. When the children returned home following their first-weekend stay with their mother, Caitlyn exclaimed, “Mommy home?” despite the fact that they had only just left her house. Caitlyn will need time and many basic explanations before she is able to comprehend what is being said.

What to keep an eye out for: Fear, rage, and emotional instability are common signs of discomfort among preschoolers, and they may manifest themselves in a variety of ways, including clinginess, anxiety, whininess, and overall irritability. Preschoolers may also lag in terms of developmental progress. For example, toddlers who were previously sleeping through the night may start to wake up more often.

According to Rhonda Freeman, manager of Families in Transition, a Toronto’s Family Services Association program, children as young as three and four years old might develop incorrect views about the causes and consequences of divorce because of their poor cognitive abilities. They could think ‘Dad abandoned me’ rather than ‘Dad left Mom’ if their father is the one who leaves the house, according to her. Children must realize that the choice to live apart is an adult one, says the author. The fact that toddlers have difficulties comprehending this.

Priorities for parents separating with kids

Children benefit from consistent care and nurturing because it provides them with a feeling of security and comfort. As a result, tots’ lives must be anchored as much as possible by their typical routines (meals, play, bath, bed) in the presence of a parent who is “there for them.” This is, of course, necessary for all children, but it is particularly crucial for children whose parents have divorced. If things aren’t going well at home, preteens and teenagers may get away by hanging out with their friends, says Joan Kelly. Baby, toddler, and preschoolers are not able to do so.

Preschoolers want straightforward, tangible explanations. Keep it simple: which parent will be leaving, where the kid will live, who will care for him, and how frequently he will see the other parent are the only things that need to be discussed. Prepare yourself for questions; provide concise answers, and then wait to see if there is anything more. Don’t anticipate a single conversation to accomplish the task; instead, prepare for a series of brief conversations.

How to tell 6-11 years old kids about divorce

Children between the ages of 6 and 8

Children between the ages of 9 and 11

Erica Hallman of Toronto remembers her daughter Jessica, who was in kindergarten at the time, struggling to comprehend the reasons for her parents’ divorce. She once asked me, ‘Why are you fighting?’  What is the reason for this? Has he removed anything from your computer? This was a simple miscommunication that was easily resolved. The divorce was triggered by Dad accidentally deleting something from Mom’s computer, and they exchanged furious words as a result. However, this was not the reason for the divorce.

What to keep an eye out for: The distress of school-aged children may manifest itself in the form of fear, worry, anger, or grief, with others displaying more obvious indications of missing their absent parent. This is the worst age for divorce for children.

According to Freeman, children who believe that they may be able to get their parents back together feel that they are responsible for the divorce. Because of this, children must realize that those are adult choices that they did not create and are unable to influence. There are many books available about divorce that can also help kids focus on their feelings. Those books may not be available in your region or price higher in your state, so you can use VPN for iOS to download that book. You can try VeePN’s VPN app for iPhone to get useful information and get care about your kid.

How to tell 12-14 years old kids about divorce

When Eve Mirowski’s children were 10 and 12 years old, she was going through a divorce from her alcoholic husband. The situation had become so terrible that the judge ordered both parents not to speak about the court proceedings for a period of time after that. It’s hard to protect children from this sort of conflict completely, but Mirowski did all she could to protect them. “I simply wanted to make our house a secure haven for our family.

Mealtimes were set at regular mealtime and bedtime, and my husband was never allowed to enter the home. The evening before I left the boys to go out, I grabbed my cell phone and told them they could contact me whenever they wanted.” And they did call on a regular basis. She recalls how her oldest son, Joe, starts getting headaches and trouble sleeping after a period of time. “I was concerned that, given my stress, I wouldn’t be able to provide him with the necessary coping skills on my own, so I asked for help.” Joe started attending a therapist, who was able to provide him with help.

What to keep an eye out for: Irritability and anger are prevalent, directed towards either parent or at the parent who has moved out. It might be difficult to determine how much of a young teen’s irritation is caused by the parent’s divorce. According to Freeman, “Think about separating with kids and how their behavior or moods have changed.”

Priorities for parents separating with kids

Keeping lines of communication open reduces the chances that emotional problems may slip through the gaps. Getting through to children in this age group may be difficult, and they may even behave as if they do not want to be reached. However, the majority of teenagers and preteens still need and want contact with their parents. “I’ve heard from a lot of children over the years who said they were testing their parents to see whether they actually cared,” said Freeman.

What to do next?

After divorce, parenting will be a difficult task. So, you have to consider these practices for a better future for your children.

Communication channels must be open all the time

Take your children out to dinner once a week without your new spouse. If they refuse to engage in conversation with you, do not force the issue.  Your children will know that you are not willing to give up since your connection with them is priceless as a result of your actions. During the week, write letters or send SMS to your children to maintain a line of contact between you and them. Your continued presence and interest in them demonstrate that you are committed to developing a connection with them.

It isn’t easy to maintain good parenting practices when you are mourning the loss of a relationship and focused on lawyers and court dates. Make every effort to keep adult difficulties distinct from your interactions with your children, and seek outside assistance, such as counseling, if you need it.

It’s possible that your children are terrified of losing you as a parent. Anger often serves to conceal feelings of fear. If your kid is old enough to refuse to counsel, you should attend the session by yourself to learn how to cope with the problem in a positive manner. Allow yourself to be the catalyst for good changes in your relationship.