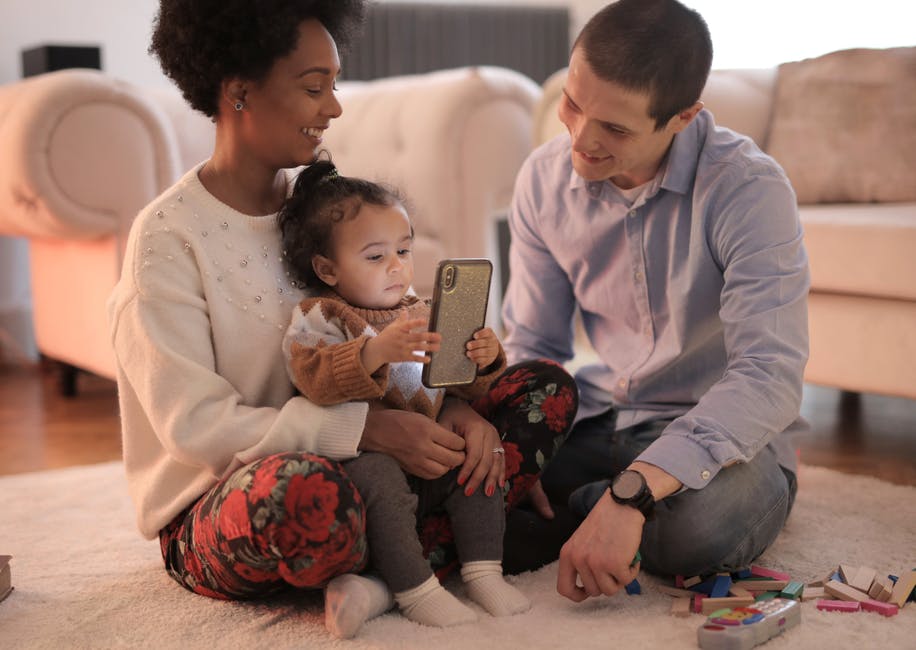 Separated But Living Together: Tips for Effective Co-Parenting

Amid a contentious divorce, staying separated but living together might sound ill-advised. Yet, some parents find it the best way to meet the needs of their children. Especially when they share joint custody.

How do they make it work? By restructuring their relationship. This tactic allows both partners ample opportunity to co-parent without stepping on one another’s toes.

Additionally, this type of arrangement requires honest communication and clear ground rules. Such a “partnership” is not about keeping up appearances. Or pretending to be together for the sake of the children.

The couples who make it work also honestly discuss their relationship status with their kids. The caveat? They wait until their kids are old enough to understand some of the intricacies of relationships.

Common sense dictates living separately after divorce. Some people have found other solutions, though. Keep reading to learn more about circumstances where living in the same household can work.

When Common Sense Goes Out the Window

Divorce is tough on children. Yet, studies show that parents who choose to stay together for the kids often cause more harm than good. Settling into a contentious marriage filled with anger and bitterness is terrible for everyone.

After all, children are known for their intuitive natures. They’re excellent at picking up on relationship dynamics.

What’s more, negative emotions like unhappiness and anger are contagious. They can infect an entire household, robbing children of precious aspects of their youth.

What happens, however, when partners realize they’re not well-equipped for single parenthood? Some decide to stick it out, forging a new relationship. One based on keeping a respectful distance, taking turns parenting, and living under the same roof.

Think of them as roommates with shared interests, their children. Yes, they co-parent in the same house. One of the main reasons it works, though, is because they give each other plenty of space.

In essence, these co-parents have decided to throw common sense out the window. They haven’t done it haphazardly, however. And they wouldn’t recommend it to everyone.

Nonetheless, it can work. If both parents are willing to forge a new relationship based on transparency and respect.

Separated But Living Together

How does co-parenting in the same home work? One former couple recommends taking turns with the parental role.

This approach frees the other one up for much-needed adult time. No questions asked.

It might be as simple as heading to their bedroom for downtime. Or it might involve going out. While off-duty, the responsibility of parenting is off their shoulders.

How do former spouses make their relationship work without letting past hurts get in the way? By giving themselves the space and time to resolve issues related to their marriage upfront.

Conscious uncoupling allows them to pursue an unorthodox living arrangement. One ruled by logic and clarity rather than emotions.

Not sure how to move past the rage? Here are some communication tips for an amicable divorce.

Another set of co-parents who live together spent more than a year laying the groundwork. This approach involved completely restructuring their relationship and lives.

Throughout the process, they kept communication open and honest. Especially when it came to explaining their arrangement to their kids.

To this day, they have no qualms about explaining how their relationship differs from others their kids might see.

The Silver Lining When It Comes Living Together After Separation

Some co-parents attribute their ability to be supportive of one another to their divorce. While married, they may have done things to sabotage or belittle one another. They felt unhappy and frustrated as a result.

After restructuring their relationship, former couples let go of these harmful habits. They moved past the pettiness of their previous relationship. In essence, divorce let them start over.

They paved the way for a relationship built on respect, civility, and shared interests. One centered on co-parenting.

Many co-parents living together have found the process smoother than anticipated. Why? Because through it, they’ve confronted the things that made them unhappy, like remaining in an unhealthy marriage dynamic.

Co-parenting or shared parenting has also helped some former spouses living together to present a united front. Despite their living arrangement, they still contend with children who try to take advantage of their divorce.

As kids attempt to suss out which parent is more lenient about this or that, it presents opportunities for co-parents to pull together.

Tips for Making Co-Parenting in the Same House Work

Is there any evidence that shows living under one roof as co-parents is good for kids? To date, studies prove scarce.

Research does, however, show that children do better with two parents in their lives. Not only do they develop better, but they prove physically healthier.

Can most separated or divorced parents make co-parenting under the same roof work? Probably not. That said, some former couples swear by it.

What if, despite the odds, the advantages of living with your ex-spouse prove too compelling to ignore? In that case, some expert tips to help you navigate the situation may be in order.

Let’s take a closer look at each of these tips so that you can move forward constructively.

Like the co-parents showcased above, begin by defining your relationship. There’s a continuum. From roommates who share a house and do some things together to boarders who spend little to no time together.

Figure out where your relationship falls on this continuum. What will the associated expectations be?

Create a set of ground rules to inform how you proceed as a family and as co-parents. That way, you’ll avoid misunderstandings and hurt feelings.

Questions to help you define the parameters of your relationship include:

Yes, some of these questions can get thorny quickly. If you don’t clearly and honestly lay out the rules now, though, somebody will get hurt.

Setting Expectations About Interactions with the Children

You and your former partner should take time to discuss matters like how to address childcare. You should also consider what type of family time will be permitted.

For example, will you take turns parenting the children at separate, pre-determined times? Will you otherwise maintain different households? Or, will you still engage in some level of family time, such as a Friday game night?

Do you feel like you’re splitting hairs at this point? That’s okay. Ironing out potential wrinkles now will prevent emotional distress down the road.

Like roommates, sit down with your co-parent and discuss the “new” house rules. Since you’re separated but living together with kids, you must get on the same page.

How will you divide up the refrigerator and pantry? Who will handle the dishes? And the garbage?

Likewise, you’ll want to sort out issues like who’s responsible for yard maintenance? How will other items, such as cars, be shared? By the same token, how will utility bills get split up?

Once upon a time, living under the same roof to co-parent was known as a “poor man’s separation.” It involved unceremoniously hanging a blanket on a clothesline down the center of the room.

Fortunately, today’s accommodations are generally more spacious. Now couples can split up their living space. One may opt to live downstairs or in the basement while the other occupies the upstairs level or main floor.

No matter how you choose to define your space, make the process fair and transparent. You’ll also need to make decisions about common areas such as the kitchen, garage, washroom, and pantry. Once this work is done, respect the rules.

Laying out Next Steps

Before committing to anything, decide how long the current situation will be in place. Is it an arrangement that’ll continue until one partner saves up enough money to move out? Or, is this something that you and your co-parent would like to do until your children are grown?

Of course, there are many shades of gray along this spectrum, too. Some uncoupled housemates look at an in-house separation as part of a larger goal. This goal might be a smoother divorce transition for children, or it might involve financial or emotional next steps.

Whatever the case, you owe it to yourself and your co-parent to be as honest as possible about the outcome.

Are you separated but living together because of a joint custody arrangement? You and your co-parent can make it work, at least for the short-term. However, you’ll need to take steps to redefine your relationship and set expectations.

The key to being divorced but living together? Keeping the lines of communication open.

Sometimes, you may feel as though you’re discussing minutiae, but remember this. Half an ounce of prevention is worth half a pound of cure. The same proves true when it comes to argument-free, live-in co-parenting.

Not sure where to start when it comes to crafting a plan that supports living together after separation or divorce? Begin by creating a successful parenting plan. Here’s a full breakdown of what to include in your plan.