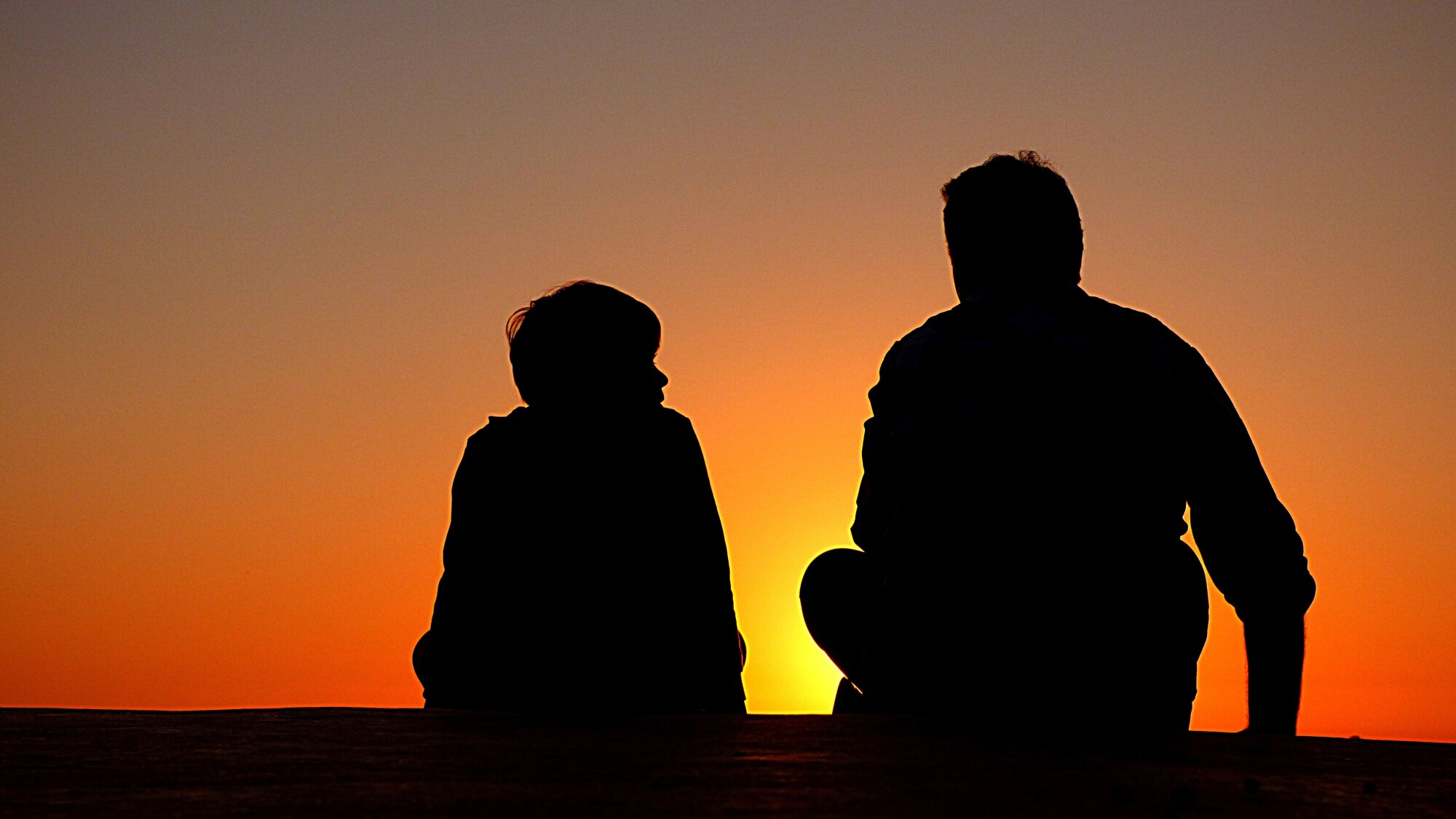 Stepparents play a number of important roles. The nature of the situation and the dynamic of the family relationship all dictate how those roles play out.

It can be difficult to fulfill the role, though. Separations are difficult on children as well as adults, and it’s never easy stepping into that situation from the outside. Regardless of how long a set of parents have been separated, there are wounds to address and bridges to gap when someone new enters the picture.

We’re going to talk about the role of stepparents in this article, giving you some ideas to work with as you try to become a stepparent or incorporate one into your family.

The Roles of Stepparents

It’s difficult to give one-size-fits-all solutions to issues in family dynamics because all families are so different.

All individuals are unique, making each combination of people in a family very unique as well. Throw the trauma of divorce or separation into the mix, and you’ve got a delicate, very personal situation.

That said, single parents can’t just isolate themselves and avoid the potential of relationships. When the time comes to introduce a new stepmom or stepdad to the picture, there a few things to consider that will make the process go a little smoother.

Again, you can’t put a stamp on any one solution because your approach has to adjust to the situation you and your family are in. There are, however, a few ideas to keep in mind that might make the process a little smoother.

Let’s take a look at some ways to imagine and develop the roles of stepparents.

You’ve established a good relationship with your new partner, but you don’t know how the children will respond to the situation.

They’re still grieving the loss of their parent’s relationship, and they might not appreciate the idea that there’s a “new mom” or “new dad” in the picture. It’s natural for them to show a little resistance to the idea — especially at first.

Rushing into the situation and trying to force a positive relationship between the stepparent and stepchild cannot work. When you start to break down what a “parent” is, it’s clear that there are longstanding bonds that have to be made before that role can be established.

Slapping a parent-child label on a relationship without any foundation will lead to resentment and difficulty later. It’s natural for that to happen, too. When someone is a parent, they’re expected to provide various means of physical and emotional support.

When those expectations aren’t met, things might go sour. The thing is, someone a child doesn’t know and trust can’t fill that emotional space for them.

You can be in a relationship with a new person and have them around your children without calling them a stepparent. Sure, you want that relationship to develop in the future, but that doesn’t mean you have to wait to introduce them until then.

A new adult in the picture can serve as a friend, mentor, or just someone who cares. That’s all it has to be at first because that’s all it can be.

A low-pressure, enjoyable time spent together is the best way to start establishing a bond that will last. It’s important for both the biological parent and the stepparent to understand this.

Odds are that you both want to establish the stepparent-child relationship and that you both have your own ideas of what that looks like. It’s important to stay on the same page and regularly discuss how both of you are treating the situation.

It’s great to show affection and allow the relationship to develop, but tap your foot on the brake when you start to see yourself forcing different elements of the relationship.

Whether you’re the biological parent or the stepparent, it’s crucial that you talk deeply about how the family came to be. Discuss each member of the family, their roles, how they were affected by the separation, and the relationships that they have with everyone else.

As a stepparent, you have to appreciate the emotional difficulty that your new family has gone through. Your personal opinions and contributions are important, but they’re not going to solve the issues that the others have experienced.

This can be a really painful thing to go through because it’s easy to feel powerless in that situation. Know that the situation is complex, and you might not be able to improve things very much at first. Let’s use an example.

Imagine the family as a big beautiful house. The house was once brand new, everything was working, and there was no reason to think that things would ever stop working.

Then, one day a massive storm came through and shattered some windows, messed with the wiring, and shook the foundation, creating a few deep cracks. The house is still standing up, but it needs a little repair.

You can live in this house, but you can’t fix the house yourself. You can’t come to plant your flag and say, “I’m here to save the day! Here are all of my important ideas that will make everything better!”

You’re not a carpenter, and only a professional or someone who built the house in the first place knows how to fix those cracks and windows.

The best way for stepparents or biological parents to create a healthy new dynamic is to have discussions.

The trouble is, the discussions aren’t easy and they drudge up a lot of emotional subject matter. You have to appreciate that divorce and separation are the hardest things that any child has ever had to face.

They might not understand the nature of the divorce, which makes it even harder to stomach. Lack of understanding, though, doesn’t equate to emotions that are any less intense or severe.

Left unchecked, that confusion and emotional turmoil will manifest in other ways and remain unresolved. When someone is in that state, the last thing they want is for a new person to come in and take the role of the person they’ve lost.

Further, someone who doesn’t appreciate the trouble you’re going through should not try to insert themselves into an important role in your life.

So, the first step for a stepparent is to appreciate the situation in earnest. Don’t force the conversations, but ask questions where you can and begin to understand what the family members are going through.

Once you’re more aware, you can start to see where you will fit. You might find that your spot isn’t exactly what you imagined it would be!

Just because you’re a stepmom or a stepdad doesn’t mean you have to behave like your dad or mom. Further, you might not wind up filling a role that you could even imagine at this point.

We often get caught up with what we think we’re expected to do when the reality of the situation calls for something else. Your role as a stepfather, for example, could be a quarter father figure and three-quarters best friend.

The way you end up fitting into the family will probably have different elements of what you expected, but a lot of what you didn’t. You might never get the title of “dad” or “mom,” but that doesn’t mean that you won’t fill pieces of those roles.

The situation will unfold and call for stepparents to step up to the plate. This all plays out according to the needs of the children and the biological parent. That isn’t to say that a stepparent is beholden to the family and can’t be themselves.

Stepparents may have interesting family traditions, great parenting instincts, and other wonderful qualities to bring to the table. Those are all positive things and should be embraced. The idea we’re getting at, though, is that the position that the stepparent holds does depend on the existing environment of the family and its needs.

There isn’t a shortage of issues in relationships between divorced or separated people. Throw a few children and a new partner or two into the mix, and there’s a lot of room for things to get heated.

It makes sense, too. Loving relationships and children are some of the most important, emotionally charged factors in any person’s life. If your situation is tense right now, know that there are ways to get through it and find a healthy balance.

Again, this issue is helped by having discussions. There would be a sense of mutual respect in an ideal situation. When it comes to someone else having a hand in raising your child, that respect has to be earned.

There isn’t an excuse for an ex to be nasty to a new stepparent, but it’s important to understand where that emotion is coming from. If you know your ex is a reasonable person, and you know that your new partner is a good person, you know that there’s room for peace to be achieved.

The same goes for situations where an ex introduces a partner to the children and you respond in an intense way. Unless the new partner is an unhealthy influence on the children, it’s important that you find ways to appreciate and accept the situation as it is.

That means finding respect for the opposite party and having discussions that solve issues. In some instances, that could require therapy.

Some stepparents and biological parents have the habit of belittling the opposite parent or their partner to the children.

Saying negative things about the child’s parent or stepparent to them creates a confusing environment for them. They might start to believe the things you say and internalize them.

It’s important that you don’t avoid difficult truths about these relationships, but gossiping or venting to a child about your frustrations with an opposite parent doesn’t help anything.

Even though it sounds like something that you wouldn’t do, it’s easy to slip a little bit and vent your frustrations in an unproductive way.

Rules between households are bound to be a little different. It’s important, though, to keep a consistent thread of foundational rules present in both households.

It’s important to communicate with the children’s other parent and their spouse to set these guidelines. Varying rules and expectations across households can lead to a difficult environment for the children.

Additionally, failing to respect the wishes of the other parent and vice versa can lead to trouble among parents. These are bridges that can be gapped, even if the solutions aren’t perfect or permanent.

The idea is to keep an attitude of mutual respect, standing strong or making sacrifices based on the situation. Even if your relationships with the other adults in the picture aren’t great, you can find a common ground to benefit the children.

If there’s respect across the board, you’ll create a healthy space for the stepparent roles to grow and thrive. If not, it might be difficult for the children to establish healthy relationships with these new figures in their lives.

Again, things might not pan out how you would have wanted them to. These new roles and relationships might not look at all how you thought they would. What matters, though, is that there’s an environment of love and support that benefits the children.

Stepparents have a difficult job, but it’s one that can be incredibly rewarding. There’s a lot to learn, and we’re here to help you work through the tough points.

Explore our site for more parenting information that will help you bridge the gap in stepparent-child relationships.