Understanding How Assets Get Divided In Divorce 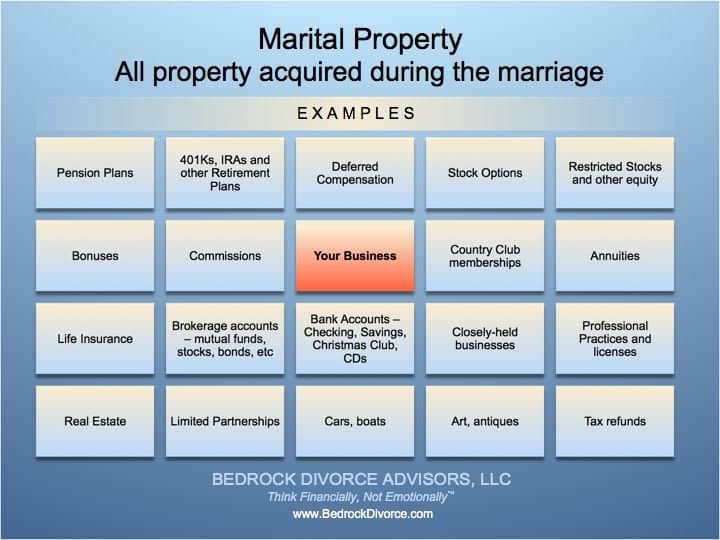 Dividing the family’s property during divorce can be quite difficult, especially if there are significant assets such as houses, rental property, retirement and pension plans, stock options, restricted stock, deferred compensation, brokerage accounts, closely-held businesses, professional practices and licenses, etc.Deciding who should get what can be quite a challenge, even under the most amenable of situations. But, if your divorce is contentious, then this can be especially complicated.

Differences between separate and marital property

Assets should not necessarily be divided simply based on their current dollar value. You need to understand which assets will be best for your short- and long-term financial security. This is not always easy to discern without a thorough understanding of the asset itself – its liquidity, cost basis and any tax implications associated with its sale.

However, before we go any further, we need to discuss the differences between separate and arital Property and why that’s critically important to you. In my experience, this is an area that is not well understood by most people.

States differ in some of the details, but generally speaking, separate property includes:

• Any property that was owned by either spouse prior to the marriage;

• An inheritance received by the husband or wife (either before or after the marriage);

• A gift received by the husband or wife from a third party (your mother gave you her diamond ring);

Warning: Separate property can lose its separate property status if you commingle it with marital property or vice versa. For example, if you re-title your separately owned condo by adding your husband as a co-owner or if you deposit the inheritance from your parents into a joint bank account with him, then that property will most likely now be considered marital property.