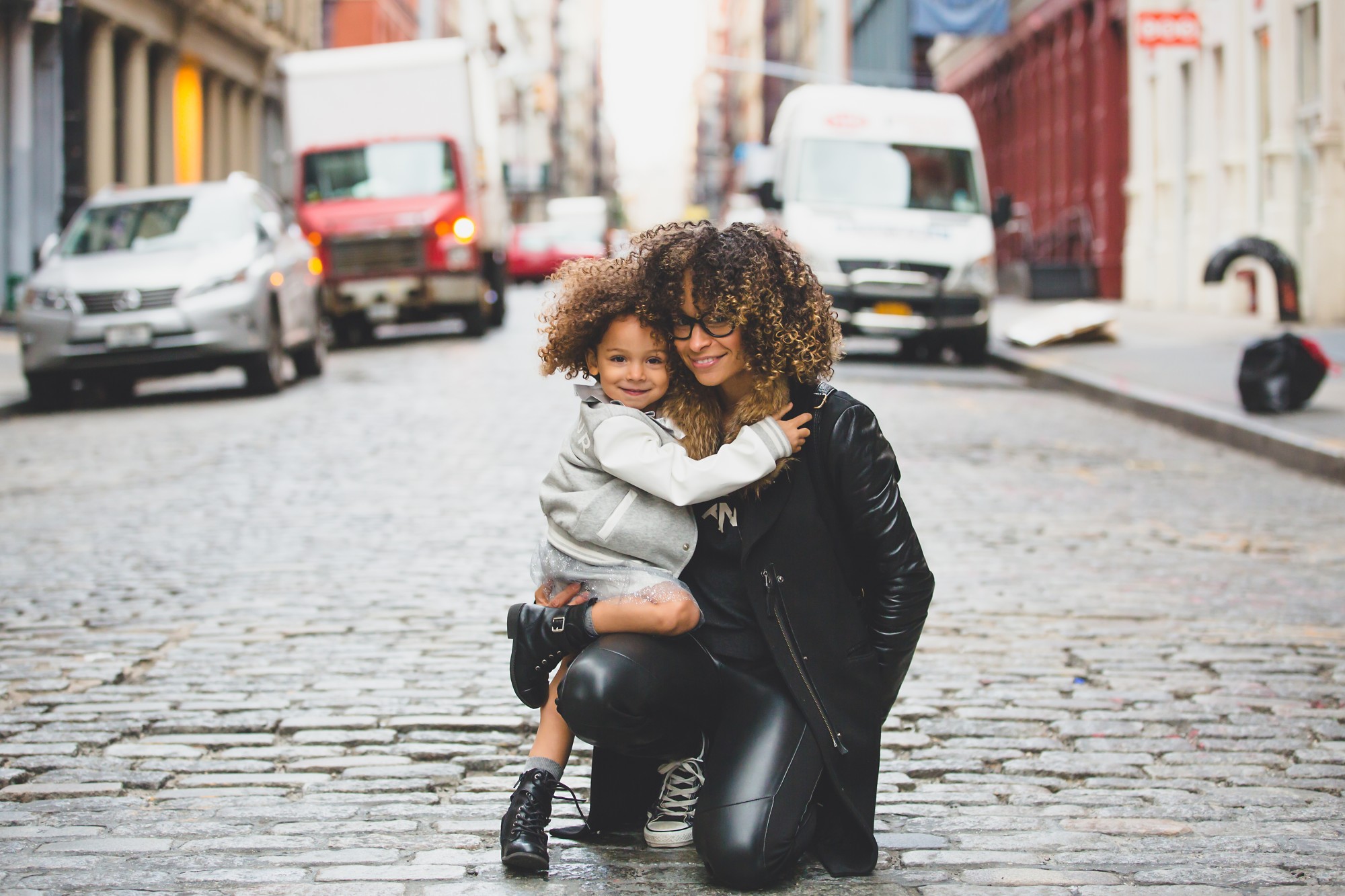 What Does a 80/20 Custody Schedule Look Like? A Guide for Parents

Co-parenting is a term used for any separated, divorced, or “two house” families trying to raise a child or children together. With around half of all modern marriages ending in divorce, co-parenting is used more than ever. Unfortunately, it isn’t easy to co-parent, and many previous couples struggle with it.

One of the biggest challenges co-parents face is establishing a custody schedule that works for them. In many situations, a judge will have a lot of say in who the primary residence or primary custodial parent is. However it works out, some parenting time plans work out to something known as an 80/20.

Determining the percentage parenting time amounts to can be confusing. For this type of agreement, it generally works out so the non-custodial parent has three overnight visits every two weeks. Those visits don’t have to be consecutive, but they can be.

How the 80/20 custody schedule works best will depend on several factors. Primary factors include:

There may be other factors to consider in your unique case. Below you can see a few examples of typical 80/20 parenting schedules to help get a better idea of what this looks like in practice.

It’s essential to know all custody agreements can be individualized. Using a mediator through court, along with a co-parenting app, can help the two parents figure out what works best for them.

That being said, there are a few recommended options for setting up an 80/20 schedule, based on the child’s age and how close the parents live. These schedules can be used exactly or as a reference to create a similar plan that works best for your situation.

When Parents Live Near Each Other

When parents live near each other, there’s more flexibility in how custody schedules can be set up. The closer parents live, the more flexibility. For these options to work, parents would ideally live an hour or less away from one another.Toddlers/Until School (Around Age 4 to 5)

The overnights can be scheduled in a way that best works for both parents. Generally, however, one overnight each weekend usually works well. The third overnight is usually scheduled for a weekday, once every two weeks.

This may not work for every parent, however. Parents who work early mornings Monday through Friday may find weekday overnights difficult. There are ways to work around this.

The non-custodial parent could, for example, pick the child up after work on a weekday. They could then be brought home before bedtime instead of being kept overnight. It isn’t recommended that toddlers stay two consecutive nights away from the custodial parent.Older Children/Teenagers

Once children are older, they can successfully move to every other weekend visitation. Older children and teenagers do well with these schedules because they’ve already built strong bonds with both caretakers. In most circumstances, their bond with the non-custodial parent won’t be affected by more extended periods apart.

With an 80/20 custody schedule, three overnights every other weekend is the general rule. For parents who live close together, Friday evening until Monday may work well.

This would, however, put the non-custodial parent in charge of dropping the child at school on Monday morning. If that isn’t possible due to work conflicts, every other weekend from Friday until Sunday is one option. Using a co-parenting app can help ease confusion about when each parent is available and how much quality time they spend with the child or children.

When parents live further apart, custody schedules can be more challenging to create. This is especially true when children are younger and do best without extended stays away from the custodial parent. However, each child is unique, and what works for one family may not be best for another.Toddlers/Until School (Around Age 4 to 5)

Until children begin school, long-distance parenting plans may do well with one overnight each weekend. While similar to the schedule mentioned earlier, there is one significant difference. The one overnight during a weekday every two weeks is dropped due to distance.

There are ways to make up most (or all) of this missed parenting time without keeping the toddler from the custodial parent for more than one night.

One option is to use a slightly later drop-off time when the child is with their alternate parent. If the regular drop-off time would be 10 am on Sunday, the schedule can be rearranged to have a drop-off at 5 pm on Sunday. This adds 7 hours each week to the non-custodial parent’s time, thus making up most of the missed weekday visit mentioned above.Older Children/Teenagers

The same schedule that works for older children and teenagers above can work with long-distance parenting, with very few modifications. Instead of staying from Friday until Monday of every other weekend, teens should be returned Sunday, so they’re ready for school in the morning.

Another long-distance option for older children and teenagers is two weekends on and one weekend off. In this custody schedule, the children spend two weekends with the non-custodial parent, followed by a weekend with the custodial parent. If either parent wanted a specific weekend during the year, this could be worked into the schedule.

There are many custody schedule options. Much of how custody is determined will depend on what the courts say and the schedules of each parent. Sometimes, custody can be worked out between two parents.

That being said, there are specific circumstances where an 80/20 custody schedule may be the best choice for you. These include:

An 80/20 split in parenting time may not be suitable for your situation if:

It’s normal to have questions about the 80/20 custody schedule and custody arrangements in general. Below are answers to a few of the most common questions or concerns parents have.

Does Parenting Time Have To Be Exactly 80/20 in These Arrangements?

No, parenting time doesn’t have to be exactly 80/20. However, it’ll fall roughly around those numbers. Depending on the custody schedule, parenting time may be 82/18, 76/24, or something else that is close to 80/20.

Is an 80/20 Schedule the Only Option for Separated Parents?

Some parents have a 50/50 custody schedule where the child spends an equal amount of time with each. Others have a 70/30 parenting agreement that usually works out to one parent having weekdays and the other having weekends. It’s up to the two parents and the courts to determine which custody agreement works best for everyone.

What if I Want More Than 20 Percent Time With My Child?

If you’re the non-custodial parent in an 80/20 schedule and want more time with the child, it depends on whether the courts made the custody determination. If the courts determined that custody should be 80/20, you’d need to return and refile to have it changed. If the custody was set up outside of court, you could open up a conversation with your child’s other parent.

What’s the Easiest Way To Set Up a Custody Schedule?

The easiest way to set up a custody schedule is through a co-parenting app, like 2houses. In some situations, it’s necessary to first go to court or mediation to determine the type of custody split. Then, you and your co-parent can choose how that time is split via the application.

What if Something Comes up To Interrupt the Custody Schedule?

Things can (and will) happen to disrupt your custody schedule. These things may be short-term emergencies or long-term life changes. When this happens, it’s best to communicate openly with your co-parent about the situation.

If there’s strife or other issues between you and the other parent, it’s recommended that all contact be documented. This protects both parties from “he said, she said” situations. It also helps make communicating less stressful for both parties.

Documentation can be done in several ways. Co-parenting apps are one option for documented communication. Other options include text messaging and email.

What if There Is a Restraining Order Involved?

When a restraining order is involved, it stops one parent from contacting the other. Sometimes, however, they’ll still share custody of the child in an 80/20 custody schedule or similar. This adds more difficulties to an already challenging situation.

A co-parenting app can be especially useful in this situation. If the courts allow for a singular, documented form of contact specifically about the children, an app is a perfect option. It will enable all conversations to be recorded while still maintaining necessary lines of communication between parents about the child.

More Questions About What an 80/20 Custody Schedule Looks Like?

To make any custody agreement work, open communication is essential. After splitting, many parents find communication difficult or impossible. Others find they’d like a more organized way of discussing or presenting custody schedule options.

That’s why 2houses was created. The co-parenting app takes the hassle out of creating a custody schedule and streamlines communication. Sign up today and see for yourself.