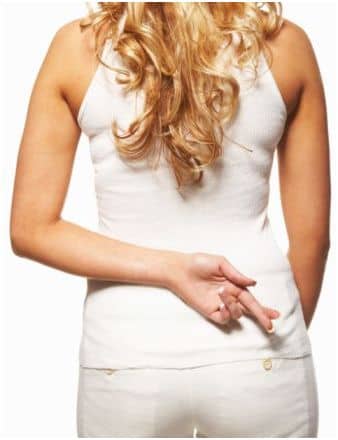 Why I Finally Stopped Lying To My Teenage Son About Dating

I have an only child. He’s smart, funny, and wise beyond his years. I was 25 years old when I gave birth to him. I looked into his eyes as they handed him to me and I knew not only would he forever be my only child, he would also be the most important man in my life forever. That fact has never changed.

As his father’s work took him further away from home, the bond between mother and son grew stronger until my then-husband looked at us during a rare family dinner and said, “You two act as if I don’t even exist. You have your own little world.”

It was true. Not only do my son and I look alike, we have the same personality. Fire and passion run deep in us both. So as the marriage fell apart and my ex saw us even less frequently, our son shifted into what he considered his role of “Man of the House.” And, in one of many mistakes I’ve made in parenting, I let him.

Territorial and jealous, he was now suspicious of any man that gave me an approving glance or flirted with me. “How can that guy look at you like that? You are my mother!” If I had a dollar for every time I heard that angry remark from my son I wouldn’t be a struggling single mother any more.

Rather than confronting the issue, I chose to skirt it. For over two years I didn’t take phone calls when my son was nearby, my smart phone address book is full of bogus names that I used instead of the real names of the men that were interested in me. It became a bit tricky keeping track of “Bill” who was filed under “Barbara” vs the real Bill, my pest control guy. Although the latter did find it amusing when I sent him a text him asking what would happen if I was a bad girl. He replied that his contract only covered mischevious rodents, not their homeowners.
I felt as if I was having an affair that I was keeping from my son. My life was filled with lies of business meetings that were in reality were dates, supposed friends that were actually lovers, and made-up stories of boring nights on the couch alone while he was with his Dad. I remember sitting with the child psychologist as he was trying to explain what our son was going through. One a scale of 1 to 10, his discomfort level of seeing his father with another woman was at a 2, but for me, he chose an 11. Our son could not even discuss the idea of a man dating me without tears erupting. Tears flowed for me as well when I heard this news. As a mother, I knew what I had to do.

I gave up dating and any chance of a normal relationship. It was just too hard. I figured in a few years when he got older and interested in girls himself, I would broach the subject again. That was, until his father stepped in.

My ex-husband and I have what I consider a healthy divorced parenting relationship. We put our son first and have gotten past the hurt and anger that filled the last years of our marriage and first year apart. I also still consider him a confidant. He knows that it’s been difficult and at times lonely for me, which is why he sat me down a few months ago and said, “You need to start dating again, and you need to be upfront with him about it.” I protested that it was impossible. “He won’t be able to handle it,” I assured him. “Then we will tell him together, and I will give my blessing. Angela, you must do this. It’s not healthy for either of you.”

I wish that I could say our son’s reaction was positive. It wasn’t. He didn’t understand why I needed anyone else. Wasn’t I happy with the way our life was? “Yes,” I assured him, “But I need a social life and interaction with other adults. I needed to stare across the table at a beautiful man, one that was not wearing braces.

And so I started, cautiously, being honest regarding my whereabouts. Only a few weeks ago did I admit to having a “date.” My hands were shaking when I did so. He got quiet. “Mom, promise me you won’t… you know. I just worry about someone taking advantage of you.”

I stopped the car. “Sweetheart, I promise, I value being your Mother far too much to ever let anyone harm me. You have nothing to worry about.”

I saw his anxiety soften.

My son has only a few short years left under my care before he goes out to make his own way in the world. And while I know I shouldn’t sacrifice my life during those years, I also know that it is my responsibility to give him peace of mind.

I’m ok with that. He has nothing to worry about.