Why Parenting Is Easier After Divorce 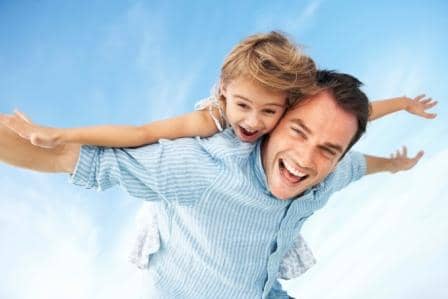 Emily and William have done everything right. They have been married for 15 years. They have three beautiful kids. They both work — he’s an analyst, and she’s an attorney for a nonprofit organization. His job pays better than hers, but hers provides a lot of flexibility, which is critical, since William’s job requires a lot of travel. They are not rich, and they do not live beyond their means. In many ways, they are the model American family.

But there’s one big problem: Emily is exhausted. I don’t mean she’s tuckered out and needs to catch up on some sleep — although some sleep would definitely help; I mean she’s running on fumes, living day-to-day and not sure how much longer she can take it.

Because William travels a lot, Emily is left to juggle her job as well as the three kids’ school and extracurricular schedules. She has to worry about trying to keep on top of the housework, making sure everyone’s getting three square meals a day, bird-dogging homework, baths and bedtimes.

Meanwhile, Emily’s doctor has told her that she has high blood pressure and has ordered her to make some lifestyle changes. Carrying out these orders requires commodities that are in short supply at Emily’s house: Time, for sure. And extra money for a gym membership and a house cleaner. And as long as we’re making a wish list, a magic wand wouldn’t hurt.

William has complaints of his own. He would much rather be at home than holed up in a hotel, working long hours and eating bad takeout several nights a week. While his complaints are legitimate, it’s difficult for Emily to feel very sympathetic these days. Getting a job that doesn’t require him to travel sounds like a logical solution, but jobs in William’s field are hard to come by.

Emily’s predicament made me realized how easy I have it. Sure, things get hectic for me sometimes — like for the entire month of December, for example. There’s my daughter’s birthday, Christmas and the year-end demands of my job. Because I’m not married, getting it all done ultimately falls to me.

But I still have it much easier than Emily. Why? Because I am divorced. And along with my divorce, I got a custody schedule. At first, I viewed this schedule as a penalty, because it required me to forfeit days with my daughter. But over the years I’ve come to see it as a consolation prize because it provides me with something I never had when I was married: regularly scheduled blocks of time to myself.

When Hannah is with me, I can cook dinner from scratch. I can put off laundry and other chores and read to her every night. I can blow off running errands that I know she hates. And I rarely get a sitter, because I don’t make social plans that don’t include her.

Then, when she’s with her dad, I get to plan (and even take!) trips with my boyfriend. I get to have dinner with girlfriends. I have uninterrupted personal phone calls. I can stay up late and sleep in on weekends. I can run a marathon of errands or do mountains of laundry without worrying that I’m torturing or ignoring my daughter.

I realize that the success of my situation depends on a couple of big assumptions. First, it depends on my having an ex-spouse that is not a deadbeat dad, and by that I mean one that pays child support and regularly and responsibly exercises his visitation. Second, it assumes that I have the discipline to manage my social life in a way that puts my daughter’s needs before my own whims. I don’t get to do whatever I want whenever I want, but I do have chunks of time to myself to spend as I wish.

I am not bragging about my situation. But the reality is that more than one study in the past few years has found that having kids can actually hurt your marriage. There is a big flaw in the system when it’s easier to be a good parent and a good partner when you’re not married to the father or mother of your kids. If we’re serious about our commitment to the continued viability of traditional marriage, we need to find ways to support those who are engaged in it. (And yes, both of the puns in that last sentence were intended.)

So, what can we do? The solution is twofold. Husbands and wives need to facilitate windows of time when the other one can have some time away. Whether it’s a night out with friends every other week or season tickets to football games, breaks like these are important to the health of the marriage. And it should go without saying that it doesn’t count as a break if the parent staying at home with the kids gives the other one grief about exercising this hall pass. Husbands and wives need to encourage these breaks, not harass each other over them.

Second, couples need blocks of time together without the kids around. Date nights are a good start, but they’re not enough. Couples need entire weekends to spend together on a regular basis — even if they don’t leave town. Maybe you have friends you can trade off with watching each other’s kids one weekend a month. Or perhaps you’re lucky enough to have parents close by who are willing to take the grandkids for the weekend on a regular basis. Or you can bite the bullet and spring for a sitter if you can afford it.

Weekends without the kids can do wonders for a relationship because they provide ample time to do things separately as well as together. Plowing through email, watching a game on TV, catching up on projects around the house, going to dinner and a movie together and sleeping in. Weekends like this probably resemble the way you spent time before the kids came along.
Weekends like this probably helped convince you to marry each other and have kids together in the first place.

Before having children together, couples should work out a plan both for having time away from their spouse and kids as well as having time alone with their spouse without the kids around. Having such a plan before the kids come along can help keep the relationship healthy rather than scrambling to give your marriage CPR after it has been damaged by neglect or built-up resentments.

From venue to menu and a million details in between, couples work hard to ensure that the wedding will be meaningful and memorable. If couples put as much thought and effort into managing their marriage as they do planning their wedding, it’s hard to imagine that it wouldn’t pay off.

If you’re currently married and all of this sounds like so much work that you’re not sure it’s worth the effort, think again. Balancing your parenting obligations against other demands of your personal life might be easier when you’re a single parent, but managing your relationship with your child’s other parent is a whole different story.