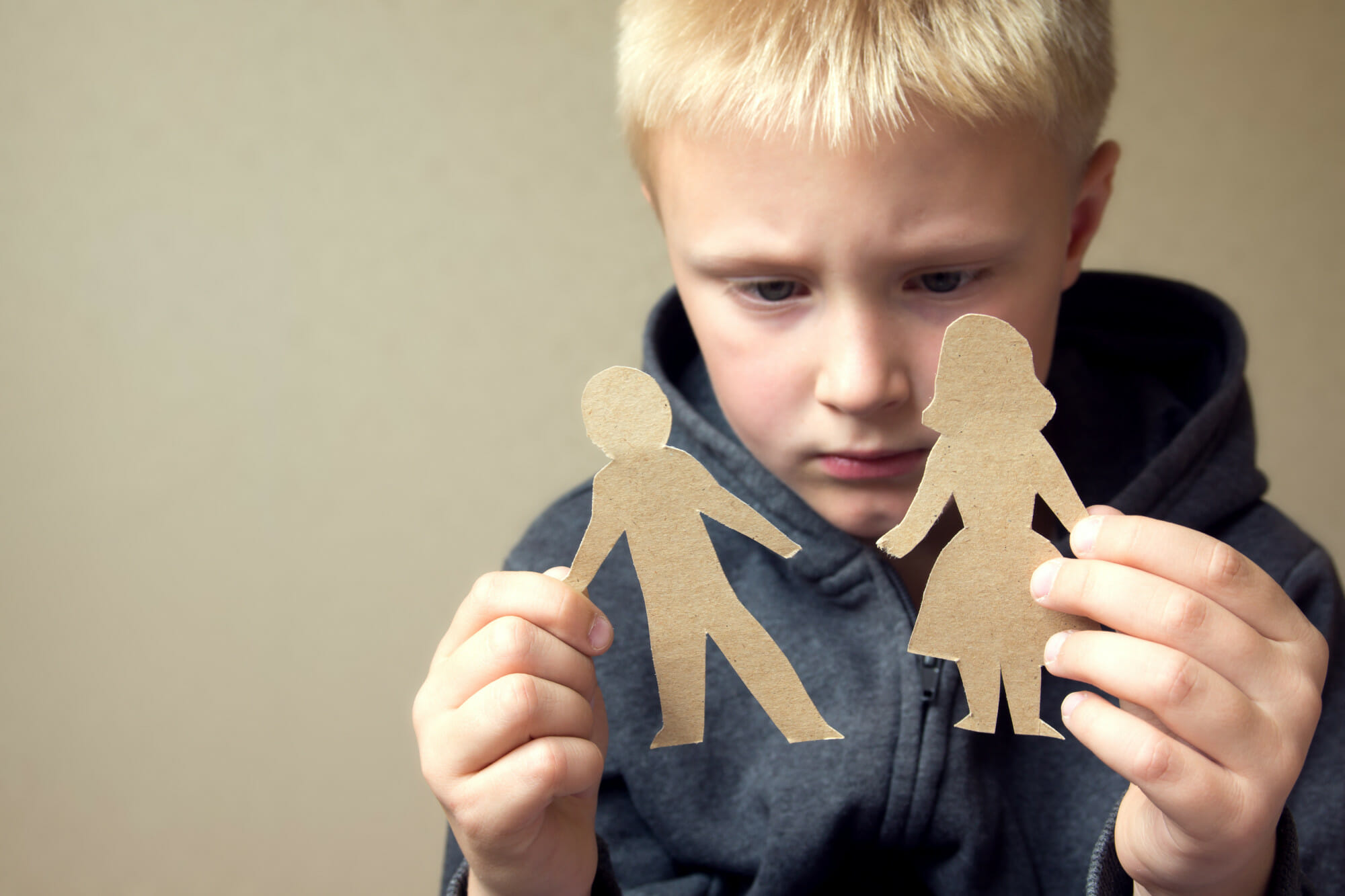 Facing a divorce can be challenging enough. Anger, rejection, fear, disappointment, and failure are all normal feelings of someone facing divorce. If you are lucky, you have mutually agreed upon divorce, there are fewer emotions to struggle with as you go through the process.

Adding to the emotions of divorce is how to care for your children. Who will have custody? Will there be an amicable joint custody agreement possible? You worry about not seeing your kids on a daily basis and worse yet, being away from them on some holidays.

Finding a custody arrangement that can work for both parents and especially the kids is tricky and complicated by the many emotions of a divorce. Most parents want to find a way to co-parent and do what’s best for their kids as they navigate a different way of life.

Which type of custody will work best for you and your kids? Read on to learn about the different types of custody arrangements and how custody is decided.

Aside from dissolving a marriage when divorcing, people with children must also come up with a plan for custody of their children. There are a variety of considerations with custody and ways to set it up. Ultimately, parents should have the goal to co-parent together for the benefit of their kids.

Custody factors in many considerations. These include:

While emotions can be hard to navigate, ultimately, what type of custody arrangement should be in the best interest of the child and be workable for the parents of the child.

Let’s take a closer look at the types of custody arrangements.

Physical custody (more on that later) and legal custody are two different considerations when deciding on custody. Legal custody in simple terms means the parent or parents have the right to make legal and long term decisions for the child.

In typical terms, legal custody is usually joint. When a parent demonstrates a reason for the courts to be concerned, they may opt to only grant legal custody to one parent.

A parent who has a drug abuse problem, is violent or is accused of domestic abuse, for example, might not be granted legal custody.

Remember, legal custody allows a parent or parents to make decisions on behalf of their children. In the case of sole legal custody, a singular parent would be making the legal decisions for the children.  In this case, one parent, for any number of reasons, has been excluded from being involved in the decision making.

It should be noted that even if one parent has more physical custody time, courts want parents as much as possible to share the legal custody. This requires them to make decisions together on behalf of their kids.

When a parent is awarded sole legal custody, that parent may not need to take into consideration the opinion or wishes of the other parent.

Often forms of joint legal custody require parents to agree or to make decisions together regarding their children. Even if the child spends more physical time with one parent over another, if there’s joint legal custody, parents would have equal say in decision making for the child.

It can also be challenging for parents to agree on physical custody as it means where the child lives and how much time one parent must be away from them.

For some parents, they agree easily and do what will work for them and their kids. The kids moving from mom’s house to dad’s house becomes a way of life. For other parents, the child spends more time with one parent and visits with the other parent.

Courts will look to make amicable arrangements for physical custody often with the goal to be that children get time with both parents.

Let’s take a closer look at some types of physical custody arrangements.

In some sole custody scenarios, the non-custodial parent will not have visitation rights. In this case, the judge has made the decision, likely for the safety of the child, that the other parent doesn’t have rights to see the child. Something pretty significant has happened to bring on this kind of decision by the courts.

Often, however, the non-custodial parent might not have custody but instead, they have visitation. More on visitation later).  This parent might be allowed one evening a week to spend with the child. Sometimes the visitation will extend to weekends or alternating weekends too.

There are a variety of ways joint physical custody can be set up. In some cases, the child spends one week with one parent and then the next week the other parent. Some families choose to arrange two weeks at a time. In other cases, a family might have set up a 2-2-3 arrangement where they alternate between the houses for those days.

The more often the child moves back and forth between houses, the more unsettling it can be for them. Either they must get good at packing and hauling their things between houses. Or they have duplicate items at each parent’s home.

Bird’s nest custody is an interesting approach to custody. Instead of the child moving from home to home, the child stays put in one home. The different parents rotate in and out of the home when it’s their turn for custody.

While this is fantastic for the kids and doesn’t require them to move around, it requires some real selfless actions by the parents. Parents must be willing to create and maintain a residence that the children use. Then they also need an alternate place to go when it isn’t their turn for custody.

Visitation is set up when there is a non-custodial parent or another adult who needs or wants time with the child but the child doesn’t live with them.

Visitation is set up with an official schedule, so parents know when and for how long a child will be the other person.

There are several different types of visitation. Let’s take a closer look at these.

Unsupervised visitation means the non-custodial parent has the right to spend time with the child alone. This is scheduled time and they are typically allowed to take them from their custodial home so they can spend time with them. This time could be for an evening or a weekend, for example.

Unsupervised visitation is the most common type of visitation. Occasionally, the supervision doesn’t need to be supervised, yet there will still be some restrictions. For example, if the child is a baby and still breastfeeding from the mother. The visit might be required to happen in the home where the baby lives, so the mother who has custody can still feed the baby during the scheduled visit as needed.

Supervised visitation is a little more restrictive than unsupervised visitation. This means the non-custodial parent can see the child but another adult who is trusted must also be present. The supervision might be offered by a grandparent or a family friend who is believed to be trustworthy to monitor the visit.

In some cases, the supervised visit means the child can leave the home with the non-custodial parent and the agreed-upon supervisor.

Even before COVID-19 made virtual get-togethers something people did, virtual visitation was a part of some custody agreements. This type of visitation might happen if one of the parents is not available to get together in person. It might also happen if the parent is not allowed to visit with the child in-person.

Obviously, virtual visitation is a little more challenging with a younger child who might not have the attention span for a screen.

This type of visitation can be scheduled like in-person visitation is scheduled. If the non-custodial parent lives far away from the child or maybe even travels for their job, the virtual visitation is a way for them to see and still spend some time together.

There are situations where a court might grant custody to a party that is not a parent. Often in this situation, the visitation is granted to a grandparent, a step-parent, another close relative, or even a foster parent.

States will vary on their stance to this type of visitation. Some states are quite restrictive and keep visitation to parents only.  While other states recognize there may be situations where one of these other adults is very important in the child’s life and continuing to see them is best for the child.

This kind of visitation will be situational. A court will need to consider the child’s best interests, the motivation of those requesting visitation, and parental involvement too.

Custody decisions can be weighty and challenging. When you add in the emotions of a divorce, for some coming to an agreement about custody can’t be done without their party involvement.

In the end, a court would much prefer two parents to sit down and work out a custody agreement that they can both live with and abide by. It saves money for the parents to do this and helps to facilitate the beginning of years and years of the co-parenting relationship.

Sometimes, emotions get in the way, and parents are not able to do this without some assistance. Sometimes, attorneys can negotiate on behalf of the respective parents. Other times the court needs to bring in mediators to help facilitate the custody agreement.

If parents can’t reach an agreement, the court and judge will make the decision. Parents are much better off working together to get to this decision. Once a judge makes the decision, then they must live with it. It will almost always be in the best interest of the child for the parents to work together on an agreement.

Deciding as parents to a joint custody agreement that allows the child to have time with both parents is often what’s best for the child. Divorce can be hard on kids and finding a solution that is amicable should be the goal. It means parents have to keep the goal of co-parenting in a positive and open-minded way at the forefront of their custody conversations.

If you need help working together for the best interest of your child, we can help. Contact us today about our communication services so you can do what’s best for your child.