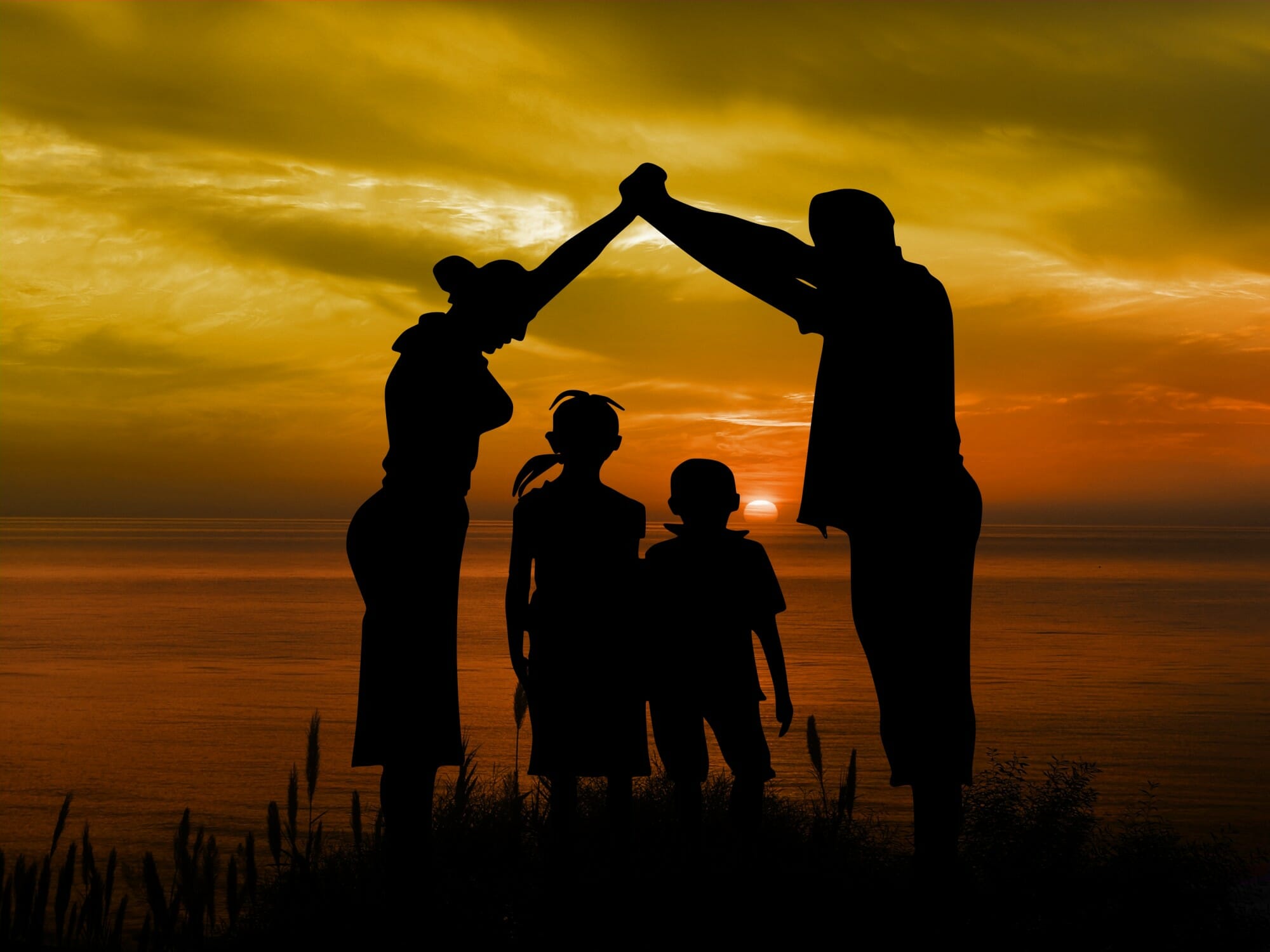 Research says that the difficulties of divorce are more easily managed when people show compassion and kindness to themselves.

One way to show yourself kindness is to inform and prepare yourself for some of the legal matters that arise during a divorce. If you have children, that means learning about custody and child support.

If you and your former spouse have decided to split custody of your children, then you need to know about shared custody child support. That means understanding how custody works, how child support is calculated, and who will be expected to make payments.

Don’t make the common mistake of assuming you won’t receive child support or won’t have to pay it. Keep reading to learn more.

What Is Shared Custody?

Couples don’t enter into a marriage expecting it to end in divorce. And, although it’s been steadily declining since the 1980s, the divorce rate in the US still sits at 3.2 per 1,000 people.

Divorce is a complicated matter. It’s tough on the emotional states of both individuals involved. That’s even truer when there are children involved in the marriage.

When children are involved, matters are more complex. But there are laws to help you navigate these trying times. One of those laws has to do with custody.

Divorce courts try to create the best possible outcome for children and place their well-being in their top priority. Parents must decide on custody for any children under the age of 18.

Sole custody is often misunderstood. The term makes it sounds like one parent takes care of the child or children while the other receives no time with them. But this is an incorrect assumption.

Instead, sole custody refers to a time arrangement where one parent spends the majority of time with the child/children. But the other parent still has visitation and parenting rights, although limited.

When custody is being decided, the courts are most concerned with the best interests of the children. So while you may feel that sole custody is best, the court may decide otherwise. You should be prepared for the outcome of the court decision regardless of your own thoughts and feelings.

There’s also a difference between legal and physical custody. This is important to know for the purposes of child support.

Legal custody is unrelated to child support. If you have legal custody over a child, it means that you’re the one making important decisions regarding raising the child. These decisions can include things like decisions about education, religion, and even healthcare.

What Is Child Support?

Child support is intended to ensure that a child or children enjoy the same quality of life before and after their parent’s divorce. It covers any and all expenses related to the raising of that child. Expenses include everything from clothing and food, to housing, health insurance, and education costs.

How much child support is paid by a parent is determined by the law and varies from state to state. While some states have specific guidelines to follow, the ultimate decision comes down to the judge in the divorce court.

In most states, child support is paid to the state. The state then gives that payment to the receiving parent.

This arrangement ensures that the state has a record of all the payments made or not made, making it easier for one parent to enforce payment in the case where payments are missed or never made.

Importantly, child support is the legal right of any child involved in a divorce. Parents cannot waive their obligation to take care of their children, regardless of the circumstances of the divorce. Children maintain this right until they’re legally considered an adult at the age of 18.

This is also the case where parents are unmarried. However, in child support cases with unmarried parents, it may be necessary to prove paternity before pursuing a case.

In a typical sole physical custody arrangement, one parent pays child support to the other.

Child support payments help the custodial parent pay for the day to day necessities like food, clothing, and shelter. But, as mentioned, they can also cover healthcare, education costs, and other large costs.

This is, however, not the case. In many cases, but not in all, shared custody still involves child support obligations.

You’re entitled to request child support if you feel it’s needed. In other cases, the court may order child support.

This might be the case in situations where there is a disparity in income. The courts recognize that it’s unfair to ask a parent who earns less than the other to share the burdens of financial responsibility equally. This could mean that, while in the care of the lesser-earning parent, the child isn’t enjoying the same quality of life they did prior to divorce – which is the entire intention behind custody and child support.

While the laws will vary depending on what state you’re in, most cases of shared custody child support rest on two important factors.

Let’s look at both of these factors in more detail.

Income Shares and Percentage of Income

Most states use either an income shares model or a percentage of income model in determining child support obligations. Income Shares Model

In this model, the courts determine the cost of raising the child/children. They’ll calculate how much the parents would spend on the child/children if they were still together. These costs include everyday things like food, shelter, and clothing.

Then, they divide that cost between both parents. They’ll factor in things like income as well as the custody arrangement.

When determining a parent’s income, the courts consider more than just income earned at a job. Of course, it includes wages, but it also includes any self-employed income, investment income, unemployment earnings, and even spousal support.  Percentage of Income

In this model, the courts use a percentage rate of a parent’s monthly earnings. Some states will have a flat rate that’s applied to all income levels, while others will vary the percentage rates according to how much income is made.

Income isn’t the only consideration when determining child support obligations. Another important factor in most states is parenting time.

To determine parenting time, many state courts look at the number of overnight stays the child has with each parent. Alternatively, some state courts may look at equivalent care.

Equivalent care excludes overnight stays from calculations. Instead, it refers to the time a child spends with one parent while still incurring expenses. If these times incur expenses equal to what the other parent pays during an overnight, it might be considered in child support figures.

All of these calculations can get rather complicated. Check the state rules where your divorce is being processed to help you determine what models are used there. Many court websites also have parenting time calculators to help you arrive at a relatively accurate figure.

Of course, the courts don’t expect that a parent who makes significantly less than the other should be equally responsible for child care financials. When there’s a difference in the income of both parents, the courts almost always take this into consideration for calculating child support. Again, this is in order to ensure that the child or children involved in the divorce enjoy the same standard of living as they would if their parents were still married.

It’s uncommon, but there are cases of shared custody arrangements where both parents share equal parenting time and have almost the same incomes.

In amicable divorces where parents can come to an agreement that no child support needs to be paid, then the courts might accept that agreement. But even if an agreement is made between the parents, the court can overturn that if it’s not seen to be in the best interest of the child or children.

Change happens. It’s always possible that one parents income changes over time. And if that change is a drop in income due to a demotion or losing a job, it might be possible to change the child support arrangement put in place when the divorce first occurred.

If such a change should occur, you should check whether you can petition the court for a modification. Courts may grant either temporary or permanent modification to the paying parent in these cases. Changes in custody arrangements may also warrant a change in child support payments.

In some but not all states, judges are allowed to deviate from standard rules regarding custody and child support. In some states, that means that the court can waive child support formulas in cases where shared custody has been arranged between the parents.

However, that’s not guaranteed. The courts are always acting on behalf of the child’s best interests. If they determine that it’s in their best interest to have a child support arrangement, they have the right to enforce that.

Divorce can be difficult for everybody involved. Through it all, your primary concern should be the health and well-being of the children involved. In the eyes of the law, they’re the most important component of deciding custody and child support arrangements, and every decision made is made with their best interest in mind.

In the best-case scenarios, parents can maintain an amicable relationship throughout their divorce and while making custody arrangements. But even in situations where parents split time and financial responsibility for their children, shared custody child support arrangements have to be discussed. Doing so takes consideration of parenting time as well as the income and assets of both parents.

After these sorts of arrangements have been decided in court, the real work starts. But you don’t have to go it alone – let us help you make divorce easier. Get started with 2houses here.