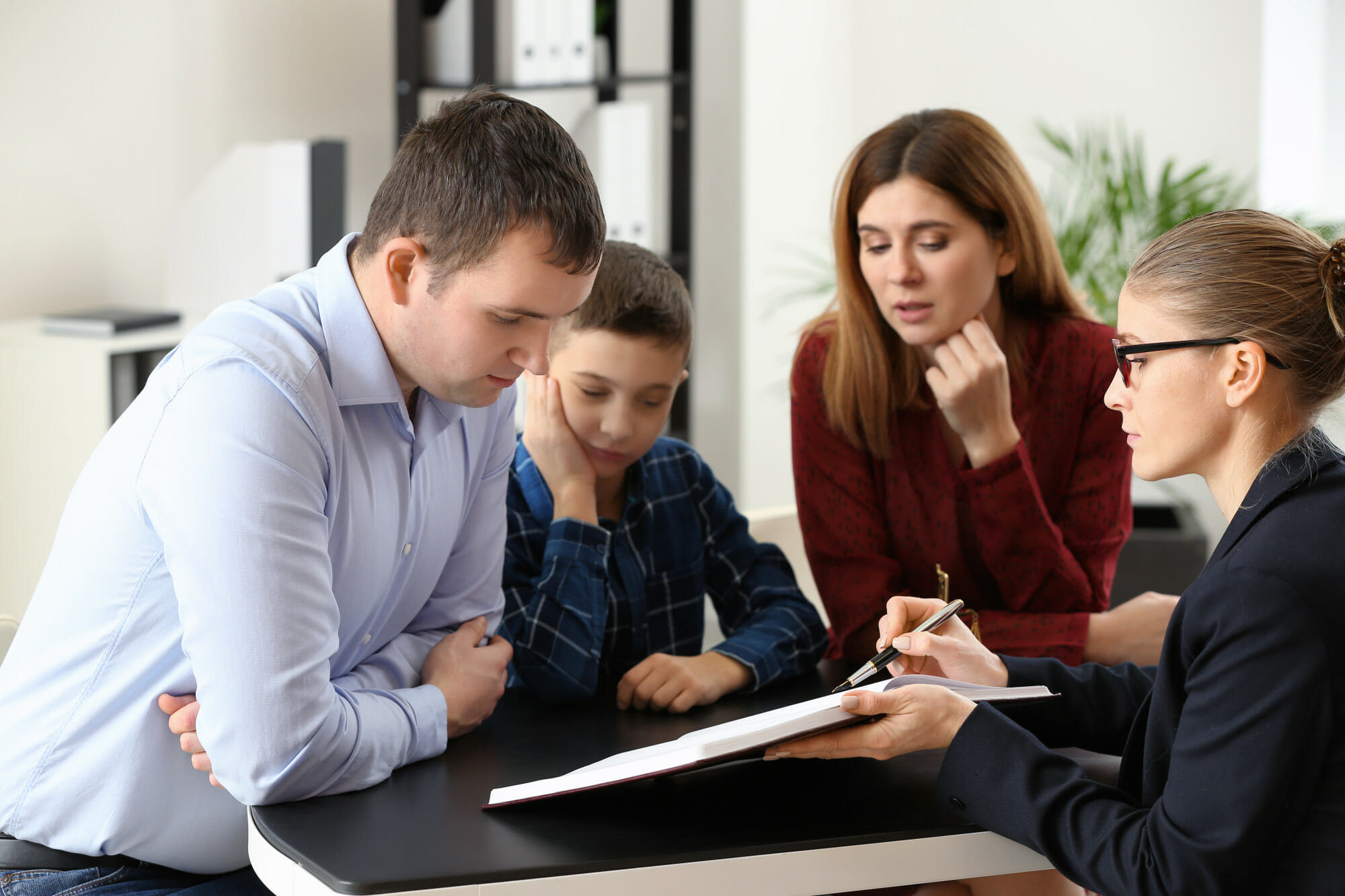 The Importance of the Right of First Refusal Custody Orders

Did you know that in 51% of cases, both parents agreed that mom should be the custodial parent? However, where does that leave the other parent? The answer is the right of refusal.

Now, are you ready to learn how? Here’s an in-depth look at the right of first refusal:

What Is the Right of First Refusal?

The right of first refusal or first option for child care is a broad term to describe a child custody provision. It notes that if the custodial parent is unable to be with the child during their allotted time (whether due to school, work, or other engagements) that the other parent is given the option before any other child care options (like daycare, nannies, and babysitters).

The idea is to provide what’s best for the child’s development by placing them in the care of a parent. Since children need to spend as much time as possible with a parent, rather than with a child care provider, this provision is highly regarded. In fact, children who spend long hours with a child care provider are more likely to develop aggressive behavior and poor social skills. Thus, this provision lookouts for the child’s interests and how best to raise him or her.

Also, it protects your rights as a parent to be with your child. Extended family and even stepparents do not have legal authority over your child, rather you do.

By having the right of the first refusal, you protect your rights to be with your child when the child is not in the custody of the other parent. That way, you can spend time with your child during the divorce process.

The right of first refusal can help parents manage custody. Since both parents have around equal time with their child. Neither will feel jealous or threaten by the other.

Instead, it promotes a healthy co-parenting dynamic where parents can communicate with one another. Parents can discuss parent time exchanges and how best to raise their kid. Effective communication between parents is fundamental since it provides a stable environment for children.

In fact, effective communication in the home will stay with kids throughout the rest of their lives. It will set an example of how to sharing feelings, thoughts, and expressions. It also teaches kids the meaning of a secure relationship.

Since parents can enjoy one-on-one time with their kids, the right of refusal allows a unique relationship to be developed. In fact, it allows parents to bond and spend time with their children. A recent study found children are most affected by the quality of parenting time rather than the quantity.

Therefore, a weekend is not just a weekend; instead, it’s an opportunity to get to know your growing child. You may want to set off on an afternoon adventure or use your imagination to become a superhero. You may even become the designated homeworker helper. Just make sure to be involved in their lives and actively participate in childlike games or activities.

Thus, the right of refusal, when done properly, can help your child succeed in life. It can also help you develop a special relationship with your child as well as help improve communication with your ex.

However, the right of first refusal is not for everyone. Since it relies on effective communication, parents who already struggle to communicate might find it challenging to request parenting time.

How parents communicate requests, however, sometimes determines how successful they are. For example, if a parent simply sends a vague text message that might not be sufficient enough. A parent may want a short phone call where details of the exchange are discussed first.

At the end of the day, communication is essential in these situations. Parents need to understand what they want, what they need, and ultimately, what is best for their child.

For the right of first refusal to work properly, parents must trust one another. They should both also understand what’s expected of them in terms of communication and in parenting exchanges.

For instance, is your child allowed to stay up past ten, eat ice cream for breakfast, or not do chores? These are the types of questions that should be discussed with your ex.

If you two cannot agree, the right of first refusal will only disrupt your child’s life more. In fact, it will make your child’s life confusing and chaotic as both you will have a different set of rules he or she has to obey.

Who Is It Good For?

Whether the right for refusal works for you depends on many components. However, here are a few situations where the first right of refusal is generally successful:

Of course, communication is a learned skill. However, parents must try not to argue too much. If parents argue on a regular basis, then it can spread tension throughout the household. Your child may get confused or even upset by your fighting. Thus, parents who can communicate their feelings in a calm and understanding manner will have a greater chance of success.

If you and your ex work well with each other, then it’s likely the right of refusal will be a good option for both of you. Being able to work with flexibility, cooperation, and understanding allows for good co-parenting techniques.

It also shows your child good teamwork skills and proper communication methods. Parents who practice these skills will notice an increase in self-confidence and self-esteem.

Thus, it’s likely your child will mirror your feelings and have an increase in self-esteem too. Parents may need help establishing guidelines at first, although parents who work well together will benefit from the right for refusal.

If either your ex or yourself have difficult schedules, the right to refusal can help with that. Whether it’s due to work, school, or other engagements, if you’re unavailable during your allotted time, that’s where your ex can step in.

By having someone there to support your child, you don’t have to worry about him or her being looked after by strangers. Instead, your child can be in the safe hands of family.

Who Is It Not Good For?

Sometimes a right of refusal would make a situation worse rather than better. Here are a few common situations:

If, for example, there’s been a history of domestic violence between you and your ex, you might want to think twice before agreeing to the right of refusal. Whether there’s been restraining order placed or not, it’s likely not a good idea.

You see, it could cause more harm to you and your child since you would have to regularly interact and communicate with your ex to discuss the needs of your child. It’s better if you come up with another custody arrangement that better suits your needs.

If your ex has limited time due to supervised visitation, it would not be advised to seek the right of first refusal. It’s in the child’s best interest to stay full time with a parent that has a stable job and can provide a stable home life for the child.

If you and your ex live far away from each other, the right of refusal cannot work practically. While it can be accommodated, in theory, however in practice, it won’t work out. It’s best to work out custody arrangements in another way.

How to Fight for the Right of First Refusal

In some situations, not all parents will agree on the right of first refusal instead; sometimes parents will want to fight for it. This can happen if the custodial parent does not trust that the non-custodial parent can look after the child during their parenting time.

Factors may be based on an unsafe neighborhood, past criminal history, or struggles with mental health or addiction. However, without an agreement from both parents, a right of first refusal cannot be implemented.

There are numerous ways; one could prove such an argument. For example, you can provide convincing testimony, documents, text messages, or have a witness testify on your behalf.

You may win your case, if the court finds that the custodial parent is making arrangements only for themselves, but doesn’t grant you, the non-custodial parent, time aside from the allotted time provided by the custody calendar.

Not only are the custodial parent hurting you their ex and co-parent, but your children as well. Your children need time with both parents, and since they’re losing out on that quality time, they might have decreased self-confidence.

Also, the tension that spurs from not seeing your child might foster within the family dynamics and spread unnecessary stress. It’s best to talk a lawyer and fight for the right of refusal as needed. That way, you’ll know if it’s best to communicate your needs through the court system or if maybe you should wait it out and see if your ex responds favorably to your requests.

How to Avoid Conflict During the Right to Refusal

While the right of refusal does encourage children to spend more time with both parents, although conflict can make it difficult for parents to plan parent time exchanges. It’s best to keep each other informed about any uncertain plans that may require adjustments to be made. That way, no arguments break out, or tensions are flared. Rather everyone’s on the same page about the family schedule, including children.

Are You Ready to Fight for the Right of First Refusal Custody?

The right of first refusal custody protects your rights to be with your child as a parent. That way, you can spend quality one-on-one time getting to know your child and watching him or her grow up.

Just remember the right to the first refusal is centered around effective communication. Thus, if you and your ex struggle to communicate, the right of refusal might not be the correct custody strategy for you. Although if you two work well as a team, you’ll have a greater chance of success.