Tips, Tricks and Talking Points for Setting Up Joint Custody 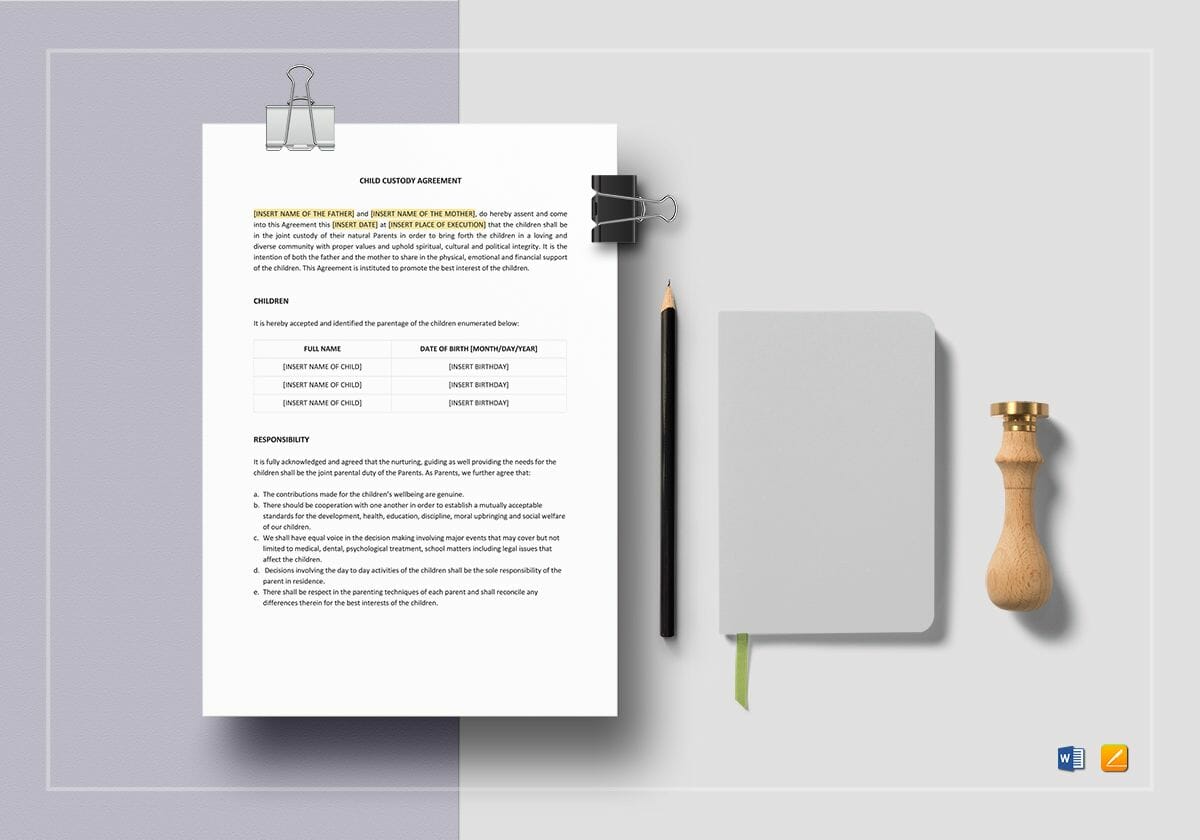 When it comes to custody situations, there are two main types of custody orders: sole custody and joint custody. Decades ago, sole custody was much more common than joint custody, with most children living with one parent and the other parent being awarded a standard schedule of one afternoon visit a week and every other weekend. However, in recent years, the courts have recognized how important it is for children to have ongoing, close relationships with both parents and have started to move toward more joint custody arrangements. In some states, such as Maine and North Dakota, joint custody is even considered the default standard, and sole custody is only awarded if there are exceptional circumstances that make joint custody not in the best interests of the children.

3 Reasons You May Want to Consider Joint Custody

Whether you are just considering filing for custody and wondering if you should consider a joint custody situation or are wanting to switch from sole custody to joint, there are many reasons why joint custody can be beneficial for both the parents and the children.

1. It Keeps Both Parents Involved

For those that are able to co-parent well, joint custody arrangements can be very helpful. It ensures that both parents can stay active in the children’s lives, which has been shown to be beneficial for the children especially. With a joint custody arrangement, it’s more likely that both parents will be seeing the child on a more frequent basis, and both parents will also have the opportunity to transport the child to extracurricular activities, host sleepovers and playdates and get to be involved in more of the day-to-day aspects of parenting.

Having joint legal custody also keeps both parents equally involved in the decision-making process for important issues such as medical care, education and religious upbringing. When all of the burden of making these types of decisions falls on one parent, such as when there is a sole legal custody arrangement, it can be stressful. Many parents find that having joint decision-making ability lets them work together to consider ideas, bounce different options off of each other and come to a decision that both are comfortable with.

3. It Can Give You a Built-In Support System

Joint custody schedules can also ease some of the burden of being a single parent. Being the only parent in the household means there is a lot of responsibility, with most single parents juggling working, taking care of the children and managing the household. If you have a joint custody schedule and a good co-parenting relationship, the other parent can step in and provide some relief if you get called in for an extra shift, need some time to deep clean without children underfoot or just need a night to relax after a stressful day.

Some joint custody schedules include a specific clause for this called the first right of refusal. This basically means that anytime one parent isn’t going to be with the children and would be having them stay with friends or family or hiring a babysitter, the other parent gets the first opportunity to take that time. Only if the other parent refuses, does the first parent then have someone else watch the kids.

Filing for joint custody is something you can do yourself, or you can have a lawyer fill out the paperwork. Which way is best depends a great deal on your unique set of circumstances. For example, if you are doing an initial filing for joint custody and your divorce has been amicable and both you and the other parent are in agreement on the custody arrangement, filing with the courts yourself can save you money over getting an attorney.

However, in situations where you are asking for joint custody when a sole custody order is already in place or if the custody situation is already contentious, it may be best to have an attorney handle things so that you can be sure the paperwork is filled out appropriately and all of your specific needs have been addressed in the filing.

Exactly how to file for joint custody varies by state, and the process may also be different if you are trying to change an existing custody order instead of doing an original filing. Below, we’ve listed the general steps as well as special considerations to be aware of depending on your situation.

1. Find Out What Paperwork You Need

Every state has a specific form that must be filed for joint custody. If you already have a custody order in place, this may be called something like a Motion for Reallocation of Parenting Responsibilities. If it’s the first custody filing for the case, it may just be the Shared Parenting Agreement that you file along with your divorce paperwork. Make sure you have the correct paperwork for your situation.

If you are requesting a modification to an existing custody order, you will need to show the court cause as to why the change is needed. Keep in mind that courts always go by what they believe is in the best interests of the children, which means your documentation needs to reflect that. It can be difficult to change from sole custody to joint custody, as some states have laws that only allow for this change if certain circumstances, such as a job loss, addiction issue or abuse, are happening. A change in custody also often affects child support, so you may need to provide recent income documentation so the courts can decide if the child support order also needs to be adjusted.

3. File With the Courts

Once you have all of the correct paperwork and corresponding documentation, you’re ready to file. If you are filing yourself, you may have to pay a small filing fee when you file the papers with the clerk of courts. You may also need to pay for the other parent to be served the papers. If you are using an attorney, these fees are usually included in the retainer amount, and you will receive an itemized statement that shows what the cost was.

While it may take a while to get it completed and ready to send in, filing the custody paperwork with the courts is really only the first step. Once the filing has been accepted, you will be given a hearing date. Both parents will need to attend the hearing, and the best-case scenario is that the final decision will be made that day and you will leave the courthouse with temporary paperwork that explains the updated custody arrangement while you wait for your official copy to arrive from the court.

However, custody decisions are notorious for being drawn out, especially in cases where the parents are not in agreement. If you want joint custody and the other parent doesn’t, your case may be sent on for further hearings where both sides will be able to present documentation and even have witnesses and experts provide testimony as to why the proposed joint custody arrangement is or isn’t in the best interests of the children. Even after the judge has made a decision, there is still the possibility of an appeal.

Once the custody agreement has been finalized, make sure to keep your official copy from the courts where you can access it easily. You may need it as a reference for how to handle things like summer vacations, birthdays and other holidays as well as other special circumstances like the children participating in extracurricular activities on the other parent’s time.

When it comes to any situation that involves parents who are no longer in a relationship and their children, the focus is always on the best interests of the children. This is what the courts look at in making custody determinations, and it’s what both parties should keep in mind as they co-parent.

Frequent, open communication and a focus on the children is the best way to facilitate joint custody, and 2Houses can help. 2Houses makes it easy to keep dates and custody schedules straight with its joint calendar feature, and you can easily upload practice dates, birthday parties and parent-teacher conferences so both parents have access to the children’s schedules at all times. Keeping track of splitting payments for program fees, school supplies and medical care is easy with the financial tracker that shows who is responsible for which portion of what bill. And there’s a built-in messaging feature so you can keep all communication and information in one place and not have to worry about keeping records of texts or emails.

No matter what kind of custody schedule you end up with, keeping the lines of communication open and making the children the number one priority can help you better navigate co-parenting.