What Are the NC Custody Laws for Unmarried Parents? 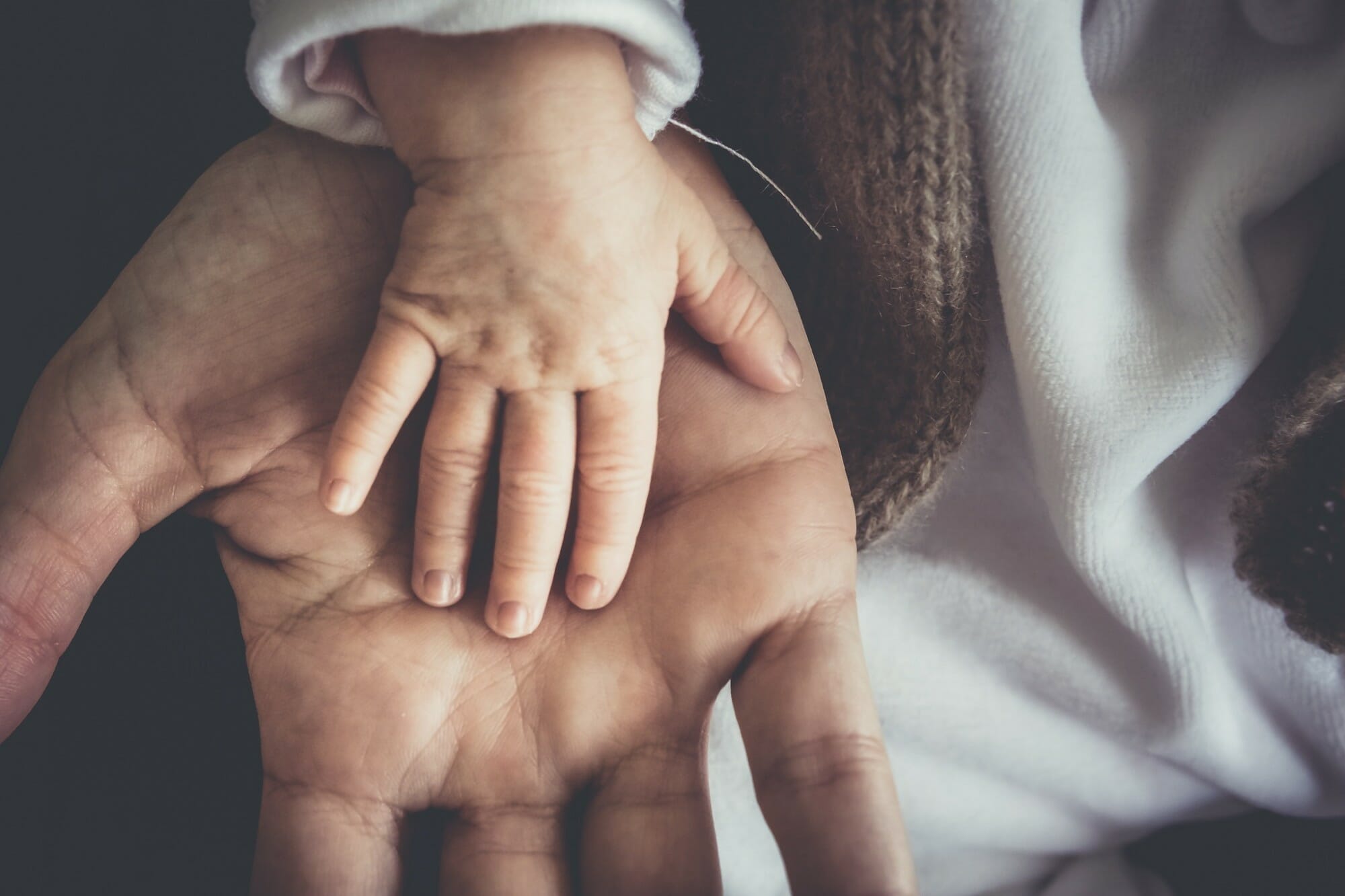 One of the most challenging parts of a breakup or divorce remains settling on child custody. Unmarried couples save themselves much of the hassle associated with a divorce. Yet, they may still end up in family court if they can’t come to a custody agreement.

As it turns out, many of the legal difficulties experienced by unmarried couples prove similar to those of divorcing parents. What’s more, as circumstances change down the road, issues such as the introduction of new significant others into children’s lives can cause conflict. That’s why even amicably splitting couples should seek the help of a family attorney to craft a custody agreement. That way, they can create an arrangement that stipulates expectations and rights based on a thorough understanding of NC custody laws.

Fortunately, NC child custody laws for unmarried parents are clear when it comes to child custody cases. Let’s take a closer look at the laws governing parental rights in NC.

One of the fundamentally essential considerations in NC custody law? The relationship of the parent to the child involved. In other words, unmarried mothers and fathers have different rights under the law.

While there are always exceptions to the rule, here’s how the law works. Under NC child custody law, an unmarried mother gets primary or natural right to custody following the birth of a child. This arrangement only applies when no father is named on the birth certificate or steps forward to make a custody claim.

In essence, the mother has the legal right to exercise control, care, and custody of the child. The mother’s claim and, therefore, rights remain more significant than those of the father or anyone else.

However, additional proceedings may result in alterations of these child custody rights in NC. During these proceedings, the biological father or another close family member must prove that the mother is unfit to raise her children. Or they must show she’s abandoned them.

When it comes to father’s rights NC, they start with the name appearing on the birth certificate. Why? Because the parents are unmarried.

In situations where a couple was married, however, the courts will assume that any children produced during the marriage are a result of the union.

As a result, an unmarried father whose name doesn’t appear on the birth certificate has no grounds for custody. Especially if the mother is a good parent. For fathers who can establish a relationship, however, they may be able to secure custody or visitation through a court order.

Before all else, you must establish paternity. Once completed, the father can petition the court to have his name added to the child’s birth certificate. After that, the father will receive notifications of proceedings related to custody.

Because of the placement of their name on the birth certificate, the father gets automatic recognition as the legal father. The father also receives an equal amount of standing in court as the mother.

Of course, like the mother, the father’s rights to custody get determined by the family court judge’s decision about their parental suitability.

Three types of custody typically get awarded during NC child custody proceedings. These arrangements include:

Let’s take a closer look at each type of custody, starting with sole custody.

Sole custody can refer to either physical or legal custody. Sole legal custody grants one parent the responsibility and right to make decisions about a child’s health, education, and welfare.

As for physical custody, it refers to the right of one parent to have a child reside with them. The custodial parent is tasked with all primary care of the minor. Usually the non-custodial parent provides child support.

Joint custody refers to the sharing of significant parental responsibilities between both parents. This arrangement may lead to a 50/50 custody agreement. Don’t assume that it will, though.

Joint custody does imply, however, shared responsibility when it comes to choices related to a child’s health, welfare, and education.

Third-party custody refers to situations where someone other than a parent seeks custody of a minor. This third-party individual generally would not have legal standing. However, NC may consider extended family relationships such as godparents, family, neighbors, and siblings.

In determining whether or not a third-party placement makes the best sense for a child, the court will look at the length of time the party has known the child. They’ll also consider whether or not the parent consents to the third-party having custody.

When it comes to a third-party placement, the courts will also decide whether or not each parent has carried out their parental responsibilities.

In other words, even though one co-parent may have primary physical custody (and the child residing with them), both parents will still be asked to make decisions regarding healthcare, education, etc.

As a result, custody decisions may not be as cut and dry as you anticipate. That’s why it’s critical to seek legal representation so that you fully understand your rights.

Judges make joint custody rulings based on the best interests of a child. Certain extenuating circumstances may affect a custody outcome, however. These include:

Other factors that could change a joint custody ruling include:

Suitable evidence presented to illustrate that joint custody is not in the best interest of the child could, ultimately, impact a final judgment.

Types of Custody and Visitation

We can distill down child custody rulings into three broad categories. There are countless variations and configurations when put into practice, though. What’s more, it’s important to remember that courts generally grant both parents legal custody.

As a result, legal custody is not an indication of which parent is most likely to get physical custody. Remember that it’s quite common for co-parents to share legal custody, even when the child resides primarily in one home.

In such a case, the other parent usually gets regular visitation rights outlined on a court-approved annual calendar. This parent also has a say in important decisions impacting the child’s life. Such an arrangement is known as joint legal custody and sole physical custody.

The bottom line with this type of custody arrangement? Both parents must work together to make decisions about their children’s upbringings.

This approach requires diplomacy and the establishment of a positive co-parenting relationship with healthy communication. That said, the court may designate one parent as the “tie-breaker” in cases where disputes are not otherwise quickly resolved.

In some instances, courts may grant each parent decision-making rights when it comes to specific topics of scenarios.

When it comes to joint physical custody, you’ll find both advantages and consequences to this situation. Here are a few things to keep in mind when considering your custody options.

The Pros of Joint Custody

By its very nature, joint physical custody requires co-parents to reach mutual decisions. They also must interact, even if only briefly, on a regular basis.

This arrangement may be the last thing you want to do at the end of a relationship. Nevertheless, you must consider your children’s best interests.

In most cases, children benefit from seeing their parents work together to compromise and come to decisions. Under ideal circumstances, they should witness interactions that are healthy where two mature adults handle their differences with grace.

Rest assured that this type of cooperation will get easier over time. As you and your former partner learn how to co-parent, you’ll reach a certain level of effectiveness with regard to:

There will be challenges along the way. Keeping in mind that parenting is a dynamic process will help you through the difficulties. You should also go into the arrangement anticipating occasional ups and downs.

When it comes to major decisions such as medical care and education, however, you may find that your co-parent’s input is much appreciated.

The Cons of Joint Custody

Of course, when it comes to major decisions, it can also prove difficult to come to a consensus. You may even find times where it’s impractical to reach out to the other parent before making a decision. For example, scheduling a follow-up appointment with a doctor.

In situations where one parent is extra aggressive, the other co-parent may feel as if their voice isn’t being heard.

Otherwise, it can be all too easy for decision-making sessions to turn into contentious debates where verbal or even physical attacks may occur.

What are some fantastic co-parenting skills that can make things go more smoothly? They include the following:

Keeping these tips in mind will help you move forward in a positive way that’s better for everyone involved, especially your kids.

Starting with clear boundaries will help you and your co-parent manage expectations moving forward. This step will require the development of excellent communication skills, but the effort will prove well worth it.

Creating and Adhering to a Predetermined Schedule

As for creating and adhering to a schedule, it doesn’t need to be complicated. It does, however, require clearance from each co-parent to avoid scheduling conflicts. Learn more about how to create a custody calendar.

While it might feel tempting to hold your co-parent to rigid standards when it comes to unforeseen circumstances, don’t. Remaining understanding and flexible now sets a great model for your kids to see.

What’s more, you never know when something unexpected might come up in your schedule. Wouldn’t you like to be shown the same basic courtesy down the line?

Address Potential Schedule Conflicts as Soon as They Arise

Of course, wherever possible, you should look ahead and address potential schedule conflicts with as much advanced warning as possible. That way, nobody’s left scrambling at the last minute.

Do you need a babysitter for an upcoming event? It’s generally considered good co-parenting etiquette to give your child’s other parent the first right of refusal before calling a babysitter.

Find out more about the dos and don’ts of excellent communication after a divorce or breakup.

How do you know that co-parenting has reached a level of maturity and success? By your ability to attend the same events without tension so thick that you can cut it.

Unmarried people don’t have to navigate the legal difficulties associated with divorce. When children are involved, however, sorting out their custody often leads to family court involvement.

In situations where no father’s name appears on the birth certificate, the mother will enjoy primary legal and physical custody. That means she is responsible for all decisions and actions necessary for a child’s welfare, control, and care.

To have his name added to a birth certificate, a father must prove paternity and then petition the court. Once this relationship gets established on paper, both parents become joint custody holders. Depending on the situation, though, there may still be many things to iron out in court.

Understanding NC custody laws represents a first step towards the best outcome for your child. Are you a separated parent looking for tips on how to communicate more effectively with a co-parent? Or, maybe you want to become better organized for the well-being of your children?

We’re here to help. Subscribe to our 2houses app to keep everything from custody to child support payments in one central location.