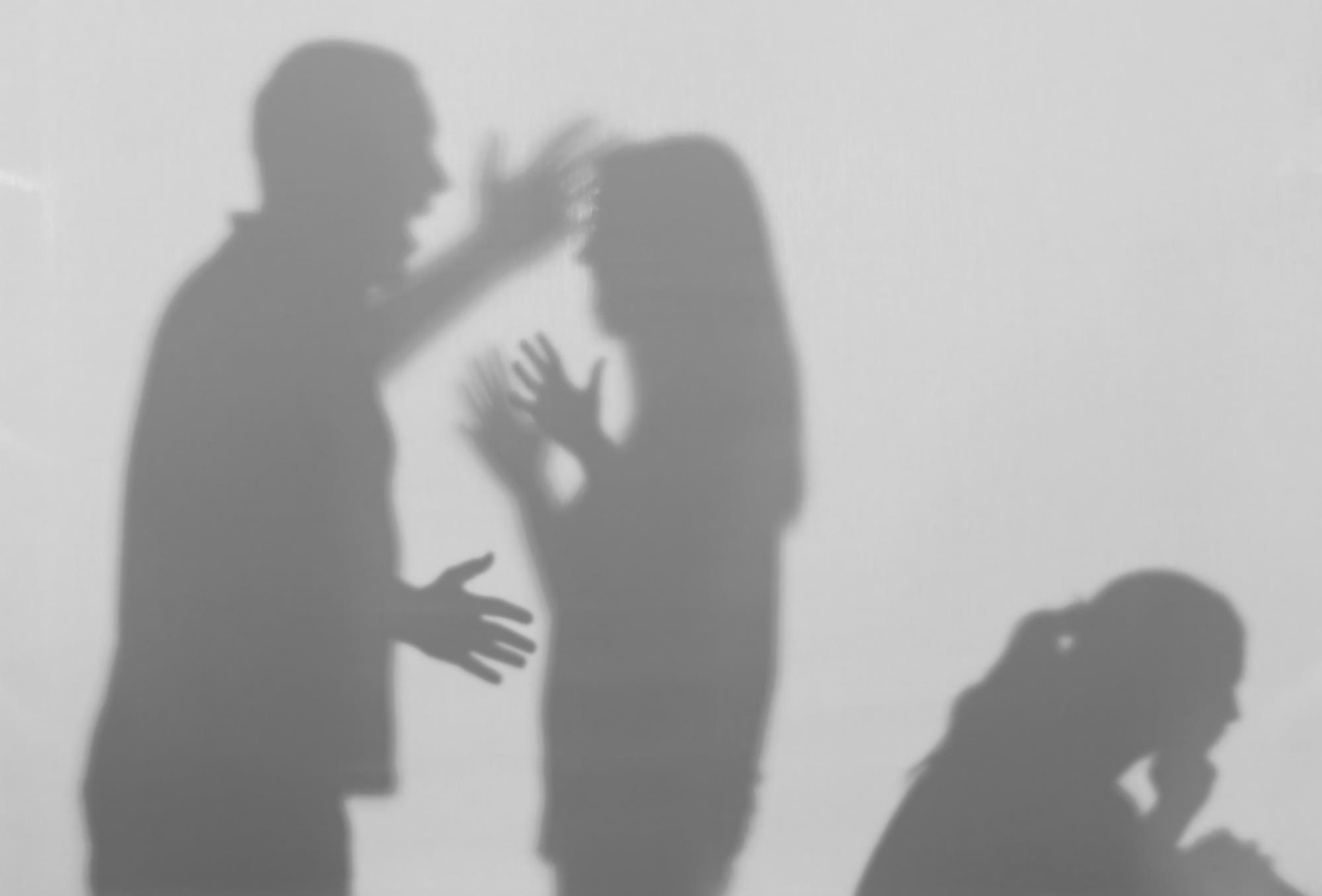 The United States National Center for Biotechnology Information says that approximately 80 to 90% of the people who suffer domestic violence will neglect or abuse their children.

What is domestic violence? Domestic violence can involve many different forms. It can be chronic arguing, screaming matches, behavior disciplining, threats, intimidation, and physical violence.

The home is far from a safe haven for so many children. Every year, hundreds of millions of children are subjected to domestic abuse at home, which has a strong and profound effect on their lives and dreams for the future.

Domestic abuse is a strain on a family, especially the children. If you are concerned about the impact of witnessing domestic abuse on children, read on.

Domestic Violence in a Nutshell

Domestic violence can happen in a variety of ways.

Physical abuse is essentially when a person uses physical force against you, which then causes harm.

Physical abuse can manifest in any of the following ways:

Physical abuse often begins gradually in a relationship, such as with a push or a slap, and becomes progressively worse over time. Physical violence is illegal.

Mental abuse involves the efforts of an individual to frighten, manipulate, or exclude you. It is in the way the abuser speaks to you and in their actions towards you. The abuser will continue to be persistent in these actions.

Here are some signs of mental abuse.

Abusers continuously call you names; for example, ‘stupid,’ ‘idiot,’ ‘loser,’ or even much worse. That is degrading and uncalled for.

Demeaning pet names is name-calling taken to a different level. ‘My little piglet,’ ‘chubby cheeks’ or ‘hey fat a**’; those are not terms of endearment.

The Slaying of Character

This usually includes the phrase “always.” You’re always late, wrong, messing up, bad, and so on. Basically, they mean that you’re not a decent person.

Again, this is being degrading and telling you that you are not intelligent, such as, ‘Aw, sweetheart, I know you’re trying, but this is way over your head.’

Embarrassing the Abused in Public

The abuser will pick fights on purpose. They also reveal embarrassing secrets or makes fun of you in public.

Often, sarcasm is shown as a poke in the ribs. When you disagree, they claim they’ve been joking and tell you to quit taking it too seriously.

Comments on Your Appearance

The abuser will often comment about your appearance. That would be something like, ‘your hair is a mess’ or ‘you can’t possibly go out in those clothes.’

Belittling Your Hobbies and Interests

The abuser likes to control what you do and when you do it by belittling your interests. They may tell you that your hobby is a total waste of time and money.

They Will Push Your Buttons

Once the abuser hears about something that bothers you, they’re going to pick at it every chance they have. That can affect your mental health and will send you spiraling into depression.

These strategies are intended to weaken your self-esteem. Abuse is cruel and unceasing in all matters.

Abusers prefer to put their own emotional interests first before yours. Many abusers like to interfere with your relationships with loved ones or with supportive friends.

Here is how they go about it.

No minor mistake will go unpunished. You must listen to them without being able to reply.

The abuser will dismiss your attempts at interacting or talking to them either in person, by email, or by phone. If you do attempt to communicate, they will shut you down.

The abuser will glance away when you’re talking or when they talk to you. They can also give you the silent treatment.

Keeping You to Themselves

They come up with something else when you want to go out or tell you not to go. Basically, the abuser is trying to make you feel guilty and wants to control every aspect of your life.

The abuser won’t hug you, touch your face in affection, or let alone kiss you. Also, they will refuse to have sex to punish you. The abuser will only give you affection on their terms.

Turn People Against You

Abusers warn your colleagues, associates, and even family that you’re psychotic and susceptible to hysterics. They will often lie and say you don’t want to see your family, etc.

They Will Call You Desperate and Needy

If you look for support from the abuser, they will turn you away. Even when you’re desperate and try to get their help, they mock you and say that you are too clingy.

Indifferent to Your Emotional Needs

When you are hurt or cry, they will simply do nothing and walk away. The abuser treats you in a demeaning manner.

What’s more, behavioral or emotional abuse, though more frequent in dating and marriage partnerships, can occur in any relationship, even between friends and co-workers.

Emotional abuse is one of the most challenging types of abuse to identify. It can be discreet and sneaky, or it can be open and malicious. Whatever way, it eats away at the victim’s self-esteem, and they tend to question their opinions and their value.

Neglect happens when an individual, either by acts or omissions, deprives another person of the attention required to protect that person’s physical or mental health.

Examples include not supplying the following necessities:

Although physical abuse is disturbing because of the scars it leaves, not all child or adult abuse symptoms are apparent:

All the above are also examples of child abuse and neglect that can leave children or anyone with deep, permanent wounds.

Sexual abuse is also referred to as ‘molesting.’ It is inappropriate sexual conduct from one individual to another, such as being forced to have unwelcome, risky, or humiliating sexual activity. It is often done through the use of physical force or by taking full advantage of another.

The abuse often includes kissing, rubbing, or touching and being forced to have sexual relations. The abuser often exposes the victim to sexual activity, photos, or videos.

Forced sex, even by a spouse or sexual partner with whom you also have sex with both parties’ consent, is an act of assault and domestic abuse. Furthermore, people whose partners physically and sexually abuse are more likely to be severely injured or even killed.

These are some signs of sexual abuse:

Children who bore witness to domestic violence between their parents also experience abuse. In addition, they are more at risk of being exploited by the same parent or adult.

What Are the Effects of Abuse on Children?

Child abuse is a serious social and public health problem. It can apply to physical and mental damage caused to a child by a parent, care provider, or family friend, resulting in harmful effects and sometimes long-term implications.

Children who experience conflict between parents will also be at higher risk of violence in their future relationships. If you as a parent are being abused, it can be hard to know how to defend and protect your child.

Children may feel scared and insecure in families where one adult is being abused. They might always be on edge, worrying when the next violent incident will happen. Depending on their age, they will respond in various ways.

Young children who see violence and abuse in their parents’ relationship may begin to do revert to things they used to do when younger. These actions could be bed-wetting, thumb-sucking, continuous crying, and even whining. They may also experience difficulty sleeping, be scared, or show signs of separation anxiety.

Children of school age will feel guilty and take the blame for the abuse. As with an adult, domestic violence affects kids’ self-esteem.

Kids might keep to themselves and not participate in team activities, let their grades slip, and be loners. They are also more likely to complain of headaches and stomachaches.

Children of this age can feel guilty about abuse and feel it is their fault. Teens who experience abuse can behave in negative ways, such as:

This form of behavior is more typical in teenage boys who have been victimized in their childhood than in teen girls. However, girls are more likely to be withdrawn than boys and to suffer from depression.

Teenage children may experience the most behavioral changes as a result of exposure to abuse. Depending on their situation, teens may:

These abused adolescent children are at higher risk of continuing the cycle as adults by getting into abusive relationships or becoming offenders themselves. For example:

Another long-term effect of children who encounter or are victims of mental, physical, or sexual violence is a greater risk of developing medical conditions as adults. These can include:

However, the good news is that as children grow up, they don’t necessarily repeat the same pattern. When kids don’t like what they see, they will work hard not to make the same choices as their parents. Even then, children from violent and dysfunctional homes can grow up feeling insecure and unhappy, and be unsocial.

Can Children Recover From Domestic Violence or Abuse?

Children react differently to trauma and abuse. Some children are more resistant while others are more vulnerable. How good a child is in recovery from violence or abuse depends on several factors, namely having:

While children can certainly never forget what they have witnessed during the abuse, they can find better ways to handle their feelings and experiences as they grow older. That being said, the faster a child receives counseling and treatment, the higher their probability of becoming an emotionally and physically stable adult.

Speak Out and Be Free

Domestic violence or bullying can happen to anybody! Domestic abuse is never acceptable or excusable, and everyone deserves the right to live a terror-free life without being hurt and controlled.

If you or your child is witnessing domestic violence, it can have a huge effect on their mental health and wellbeing, both while the abuse is going on and later on in life.

The most significant thing you can do is to find the appropriate support. This will help you take that next step so that you and your children can feel safe and get the help you need!

If you find yourself not coping as a separated parent, contact us for help with communication and becoming organized for your children’s wellbeing.

If you are or witnessed a victim of domestic violence, here are some resources for assistance and professional help: