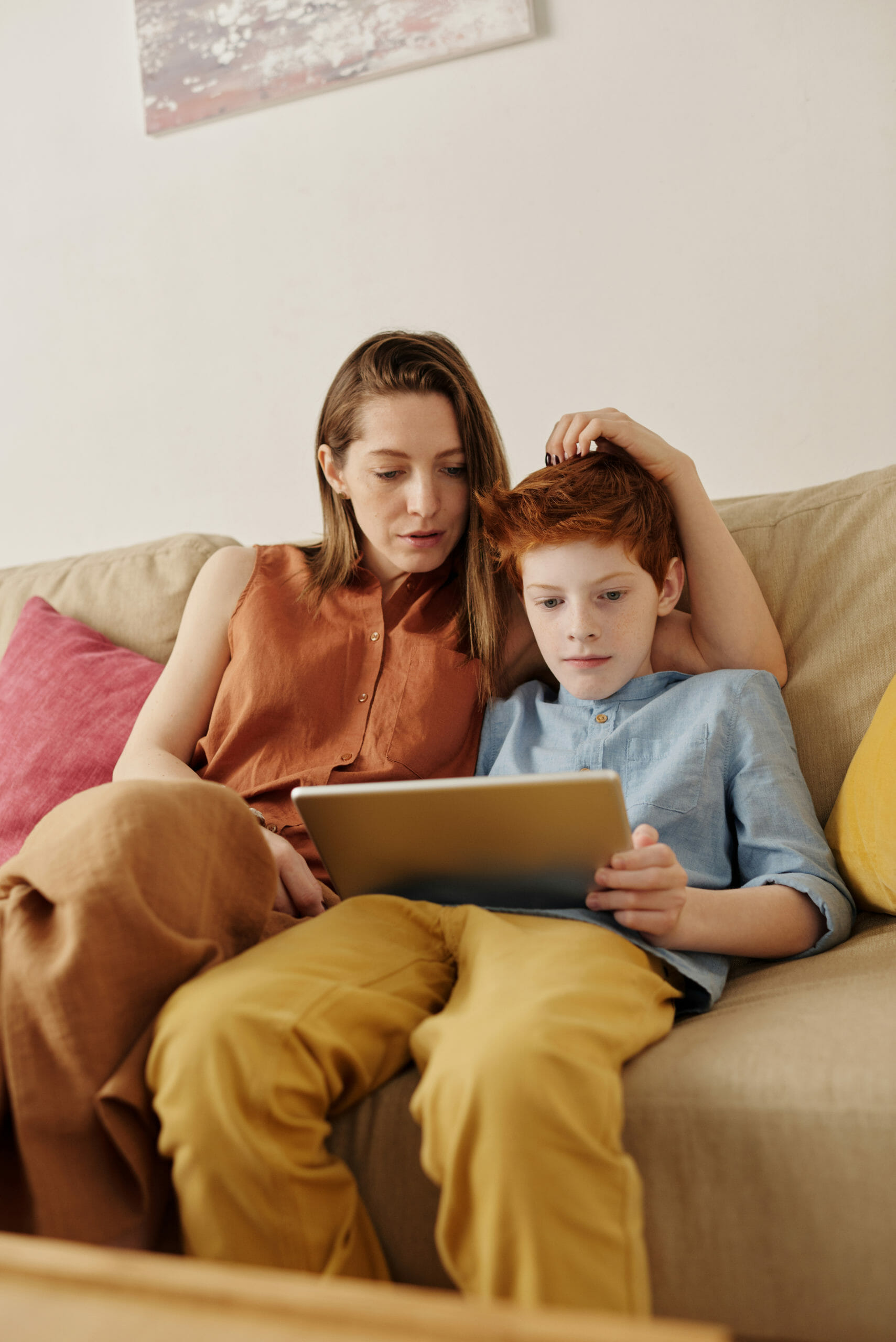 Watching divorce movies together is an excellent way to broach a topic as potentially fraught as parental separation. Children understand the world from a simple but incredibly emotional perspective, and media can help them to make sense of what’s going on in their lives. The most important way you can help kids understand the separation process is through positive, healthy communication.

It’s useful for children to see characters speak openly about their feelings and effectively resolve challenging emotions in a film. In addition to setting a good example, it’s usually much easier to encourage a teenager or tween to be open about their feelings in an indirect way. You can ask them how they perceive what various people in the story are going for and get a solid understanding of how they feel from their insights.

Divorce affects each child differently, with some seeming to find it easy to adapt to the changes and others showing significant signs of stress. Bear in mind that the child who appears to be coping is still likely to be experiencing negative emotions. In most cases, these kids have learned to mask how they feel — either to protect themselves or other people. If you’re struggling to get your kid to express their feelings, watching divorce movies can be a smart way to find out where their head’s at.

Age plays a crucial role in determining how the child is likely to respond, with teenagers often being the most varied and challenging in their responses. As an adult, it’s your responsibility to maintain a routine in the home and set healthy boundaries.

Divorce brings about astronomical changes to daily life that can feel catastrophic — just remember, it’s not the end of the world. It’s an opportunity to make life even better for you and your child. By approaching the situation with a positive mindset, you’ll help your child to cope with divorce.

How Can I Help My Children to Cope With Divorce?

The other most effective way to guide your child through this tough time is by finding out how they feel and talking to them about it. Teenagers, in particular, are notoriously difficult to pin down for an in-depth discussion about their internal worlds. They’ll roll their eyes and rarely show appreciation, but it’s still vital that you comfort them and reassure them!

Never Unload Your Feelings Onto Them

Since it’s your responsibility to provide them stability, you must set healthy boundaries. Divorce is difficult for a child and they need you to be strong now more than ever.

Try always to put them first and never unload your emotions onto them. If you put the burden of your mental health onto your child, they’re likely to repress their feelings and prioritize how you feel instead. You must make it clear that they are the priority and focus your efforts on ensuring they’re meeting their obligations, and you’re meeting yours. Seek advice from family, friends, or a counselor, but never your children — even teenagers.

This list of 10 movies gives parents of kids of all ages (and with all kinds of taste) a few ideas of titles that could help children understand divorce.

In Night at the Museum (2006), Ben Stiller plays a divorced father called Larry, who needs to get a job to provide for his son and set a better example to him. The ordinary gig he takes as a security guard at a museum turns out to be extraordinary, as the exhibits come to life and night. All the messages, such as encouraging reading and visiting museums, are positive and constructive.

Watching a film like this can children as young as seven about divorce by showing them their situation reflected on-screen. Kids don’t like to feel like they’re strange. So, knowing the separation isn’t a result of something being uniquely and individually wrong with them can be incredibly reassuring.

This is a tremendous heartfelt rom-com that explores the theme of parental separation and its effect on children to watch with teenagers. In the story, Mom seems to have found love, but Dad is struggling, and the kids want to give him a helping hand. When the three children sense an opportunity to reunite their parents, they grab it.

Wilderness Love (2013) gives adults the starting point for an in-depth discussion. You can use the film as a starting point to find out how your child feels about divorce and reconciliation. If they have any misconceptions, you can gently guide them towards the truth.

The Break Up (2006) is a hilarious rom-com starring Jennifer Aniston. While children aren’t involved, the film explores the financial side of divorce and other films that might be useful for teenagers. This one isn’t for little kids, but it could get help older children develop their understanding of divorce.

Teenage girls usually love watching rom-coms with their mothers — and so do a lot of teenage boys, secretly! Stepmom (1998) is an excellent weepy movie with Julia Roberts and Susan Sarandon. It explores themes of death and divorce, but perhaps not in the most realistic way. That’s a great way to start a conversation with a teenager: ask them if they think the film is realistic and if they’ve seen any better examples on-screen.

Boyhood (2014) is a thought-provoking drama that teens with discerning taste are likely to be impressed by. Themes are dealt with maturely and philosophically, posing questions about stepfamilies and overcoming hardships such as abuse and addiction. It’s moving and provides some challenging talking points — but difficult conversations are the most important ones to have.

Children’s classic, Mrs. Doubtfire (1993), stars Robin Williams as the man who dresses as a woman so he can see his kids more frequently. It approaches the subject of divorce sensitively while also making light of it. Laughter is another great tool of communication you can impart to your children to help them cope.

Indie kids out there of all ages will find The Squid and the Whale (2005) enchanting and deeply insightful. It shows a couple’s divorce from the perspective of the sons as they learn about when a relationship falls apart. It’s a hard-hitting film that could help a divorced parent to bond with their older teenage children.

There’s an old version of this film and a slightly less old version! Modern kids are more likely to relate to the characters in The Parent Trap (1999). It’s a great film for kids of all ages to watch so they can see children of divorced parents depicted in the media. You can ask questions about the film or get them to do a video or written review of it. This way, you’ll get subtle signs about what they feel, even from the most emotionally reserved child.

What Maisie Knew (2013) tells the tale of a family going through a bitter divorce, with a particular focus on how it’s affected the children. Whatever age they were when you went through the divorce, watch this with your child once they become a teenager. It’s emotionally challenging but can start deeply meaningful conversations.

A film like Matilda (1996) doesn’t depict a divorced family — it shows a different kind of dysfunctional family. This movie can help you to teach a child that sometimes children benefit from their parents being separated. It also shows them that parents being together doesn’t automatically bring happiness to a family.

Watching divorce movies with your kids can be a good starting point for engaging them in a discussion about how they feel. This is so important because communication is the most useful skill you can teach your child in a challenging emotional situation.

Download the 2houses app today to help you and your spouse get organized so you can both do the best for your children.